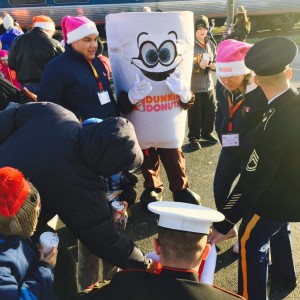 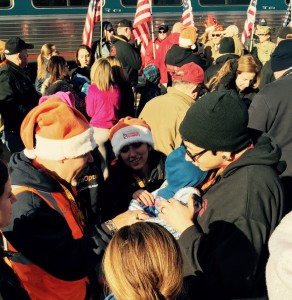 Dunkin’ Donuts franchisees will join volunteers from the Marine Corps Reserve as they travel the state and deliver toys to children in need. Dunkin’ Donuts’ contribution of $30,000 this year brings its six-year grand total to $170,000 in support of the Toys for Tots campaign.

Families and children are encouraged to visit the train during its run and enjoy a gift as well as complimentary Dunkin’ Donuts hot chocolate and baked goods.