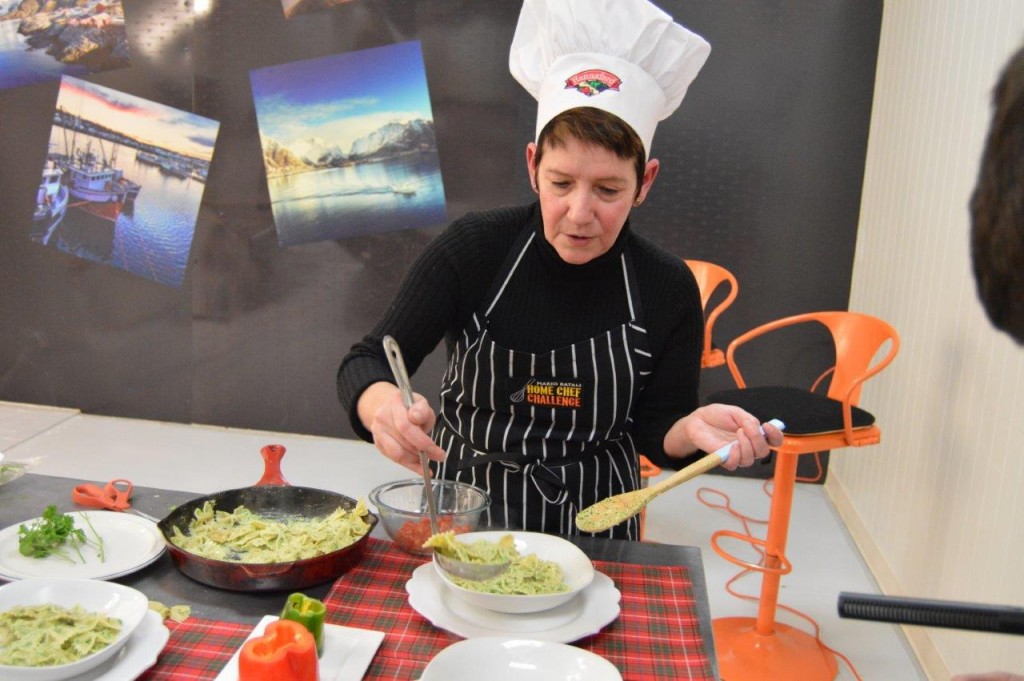 Leslie Fillnow of Camden, ME prepares her dish. 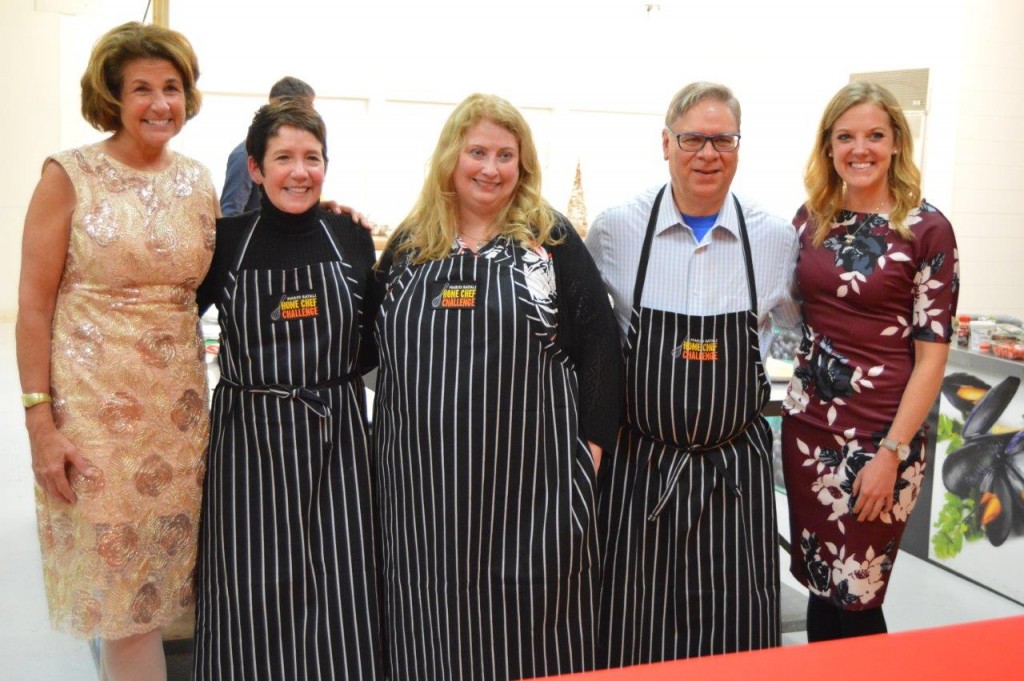 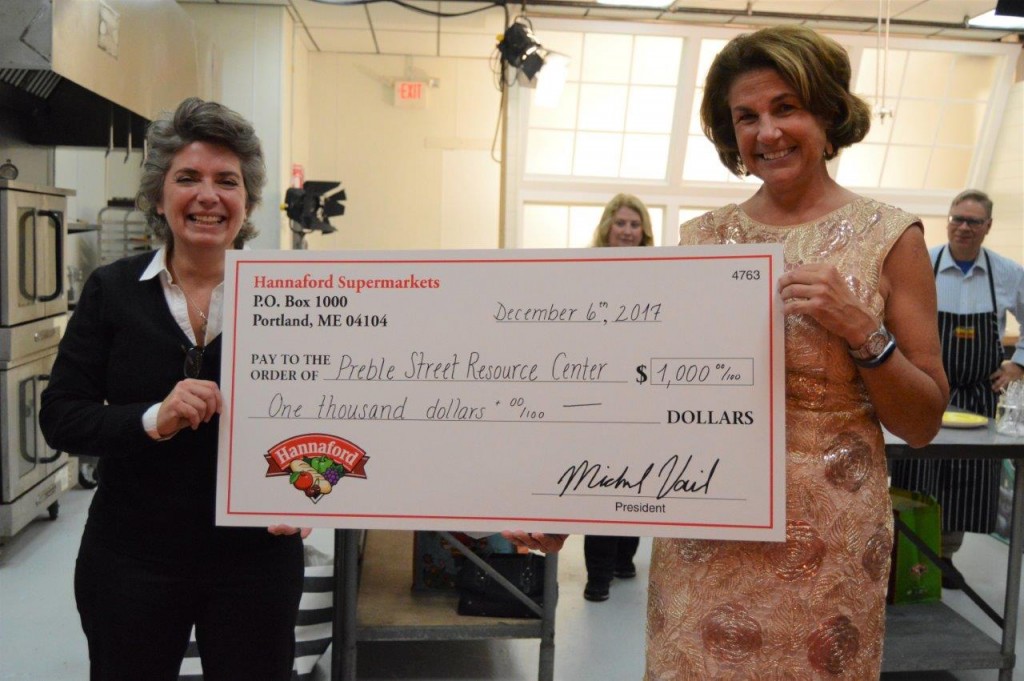 Fillnow’s preparation of Farfalle with Pesto and Scallops was selected by a panel of local media judges and will now advance to the final round of the contest against regional winners from Albany, NY and Burlington, VT, for the chance to win the grand prize of an all-expenses paid trip for two to New York City to attend a taping of ABC’s The Chew, meet Mario and have dinner at one of his acclaimed restaurants.

Fillnow looked to her Italian grandmother, who never let any ingredient go to waste, for inspiration when combining celery roots, almonds and parsley to create a more affordable and resourceful alternative to the traditional basil and pine nut pesto sauce.

“My grandmother inspired me to use everything in a recipe. I still have her old pasta maker from 1906. I was also inspired when I saw Mario’s pasta in the store and was excited to use it in a recipe,” said Fillnow. “This is very exciting. I’m so excited I won. This was a great experience and I met wonderful people.”

The Portland regional championship was held at O’Maine Studios in downtown Portland. The three Portland regional semi-finalists were chosen based on their submission of a favorite, original recipe, their inspirational story about the recipe, and how the recipe can excite others about cooking at home.

The other two Portland regional semi-finalists were Stephanie Dolan of Auburn, ME preparing Dad’s Lobster Carbonara; and William Doukas of Portland, ME preparing Moroccan Chicken. Each received a $100 Hannaford gift card and a gift basket.

“Hannaford is ecstatic to team up with Chef Mario Batali, a culinary visionary who shares our passion for food, home cooking, and hunger relief. We congratulate Leslie on her victory, and each of the semi-finalists on their delicious recipes, which really exemplify the joy of home cooking, and the inspirations surrounding culinary creations,” said Hannaford President Mike Vail. “We look forward to seeing who Mario selects as the winner.”

The judges, who were selected as representatives of the Portland media corps, were also asked to prepare their own inspirational recipes, which, in turn, were evaluated by the regional semi-finalists. Q 97.9 FM On-Air Personality Lori Voornas was selected as the winner of the media division for her dish and received a $1,000 Hannaford gift card for the Preble Street Resource Center. The other participating judges included Channel 8 WMTW anchor Cristina Frank and author of The 207 Foodie blog Sarah Gelber.