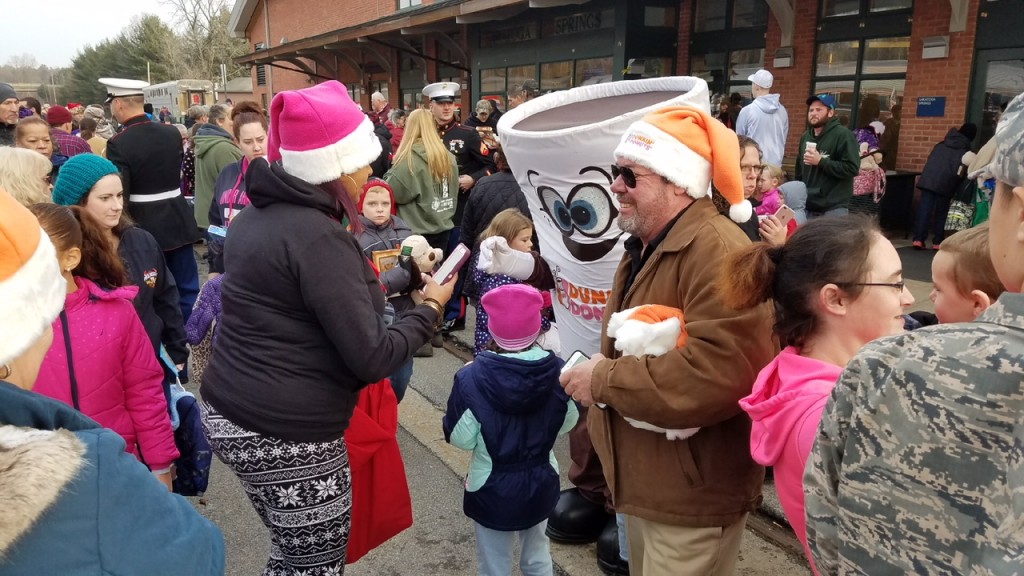 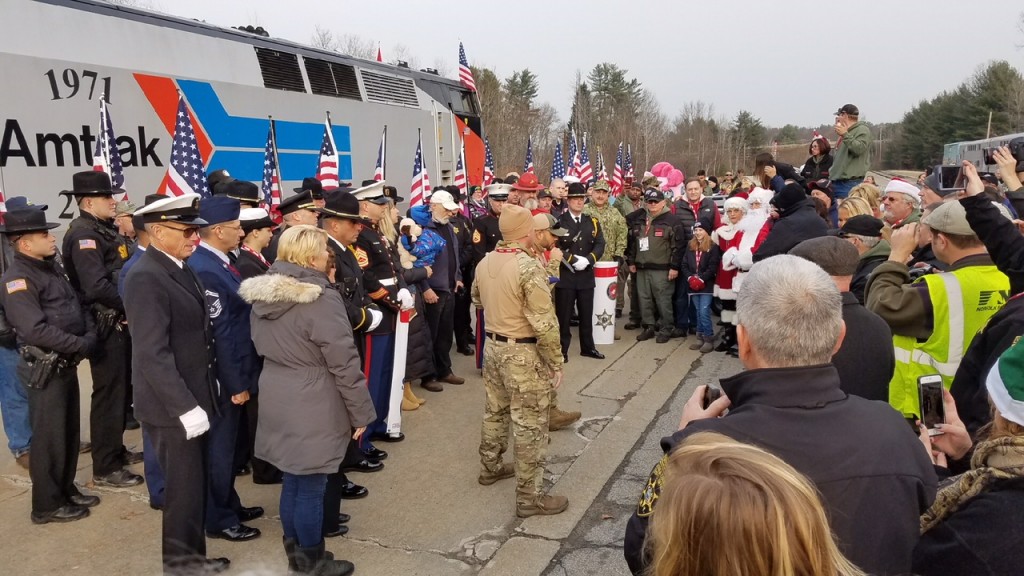 Annual holiday train runs on donation from Dunkin’ Donuts for ninth year in a row to deliver $30,000 in toys and winter coats to children across New York

The Marine Corps Reserves’ Dunkin’ Donuts Toys for Tots Train, powered by Amtrak and Norfolk Southern, made its annual run on Saturday, December 2 with stops in Binghamton, Bainbridge, Oneonta, Cobleskill and Delanson. On Sunday, December 3, the train made its way north from Albany with stops in Saratoga Springs, Fort Edwards, Whitehall, Port Henry, Port Kent, and Rouses Point, adjacent to the Canadian border.

Dunkin’ Donuts franchisees joined U.S. Marine Corps Reserve volunteers as they traversed the state to deliver toys and winter coats to children in need – purchased with a $30,000 donation from Dunkin’ Donuts. Thousands of toys were also delivered at each station to local non-profit organizations for distribution to those who qualify in their communities.

Dunkin’ Donuts’ contribution brings its nine-year grand total to $260,000 in support of the Toys for Tots campaign.

“We appreciate the continued support and dedication from our community partner Dunkin’ Donuts and its franchisees, who have helped to keep our holiday train on track for the ninth year in a row,” said Marine Gunnery Sgt. (Ret) Albert Roman, local coordinator of the Albany Toys for Tots campaign. “The holiday season is all about giving back to our communities, and the generosity from Dunkin’ Donuts of gifts for thousands of children is a true example of what is means to give back.”

Dunkin’ Donuts also warmed up the volunteers and families at select station stops with complimentary hot chocolate and baked goods.

“Dunkin’ Donuts is honored to support the Marines as they bring joy to children in need through the Toys for Tots campaign,” said Eric Stensland, field marketing manager for Dunkin’ Donuts. “Seeing the joy on children’s faces as we help deliver toys on the U.S. Marine Corps Reserve Dunkin’ Donuts Toys for Tots Train, we are reminded of the importance of this amazing effort which has such a vital impact on our community.”

The U.S. Marines have worked with more than 200 community agencies to distribute toys this holiday season and are equipped to serve 200,000 children.

The Toys for Tots Foundation receives additional support from a number of companies and organizations throughout the greater Capital Region, including a $25,000 donation from Wal-Mart and a raffle sponsored by Seymours Motorized Sports for a 2017 Can Am Outlander 850xt and Triton aluminum trailer ATV. SEFCU, Clifton Park and Halfmoon EMS, and members of the Saratoga, Schoharie, and Fulton County Sheriff’s Departments also provide support to the Toys for Tots campaign.