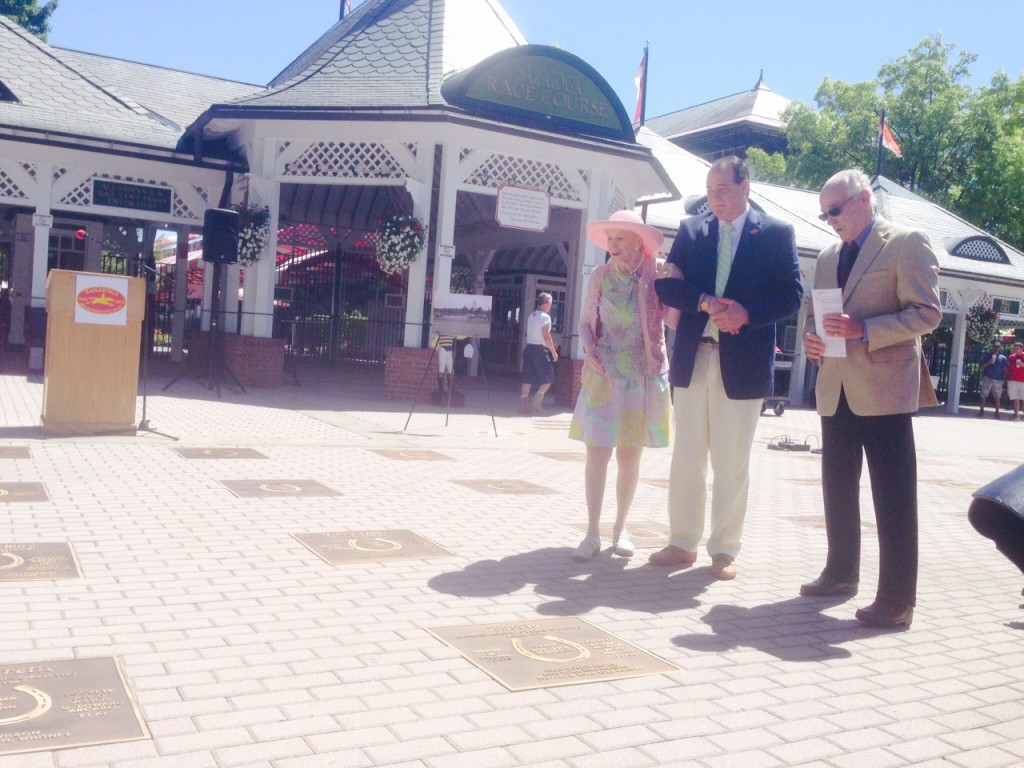 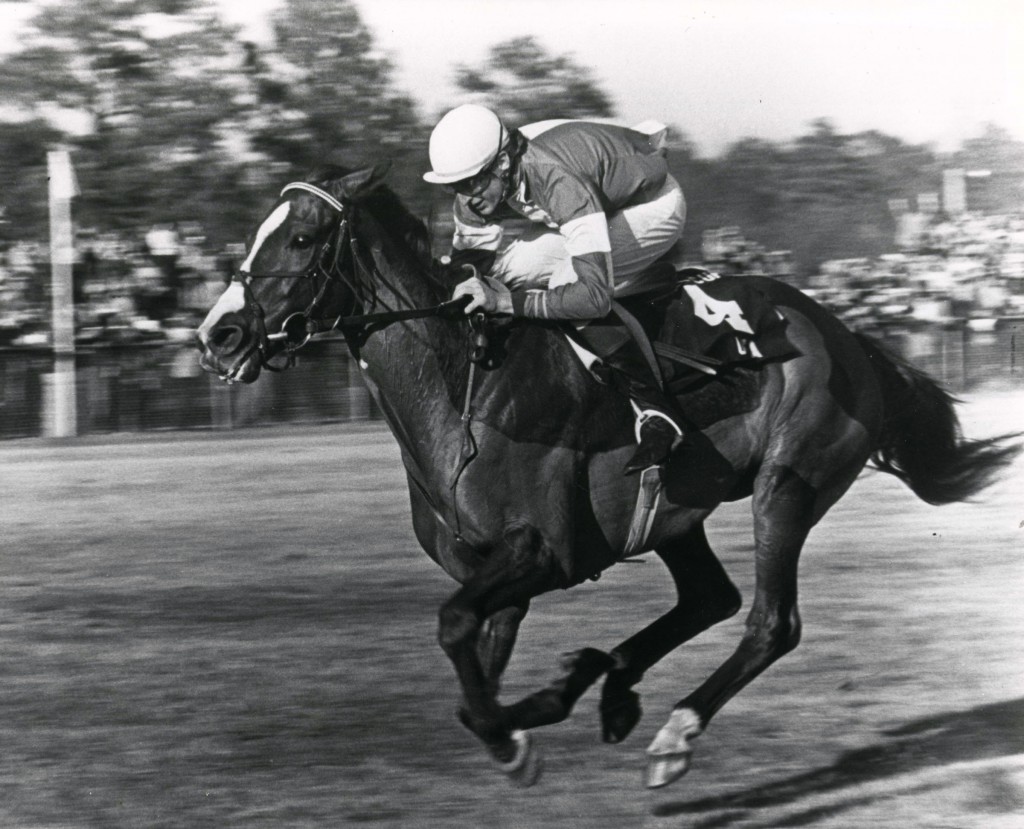 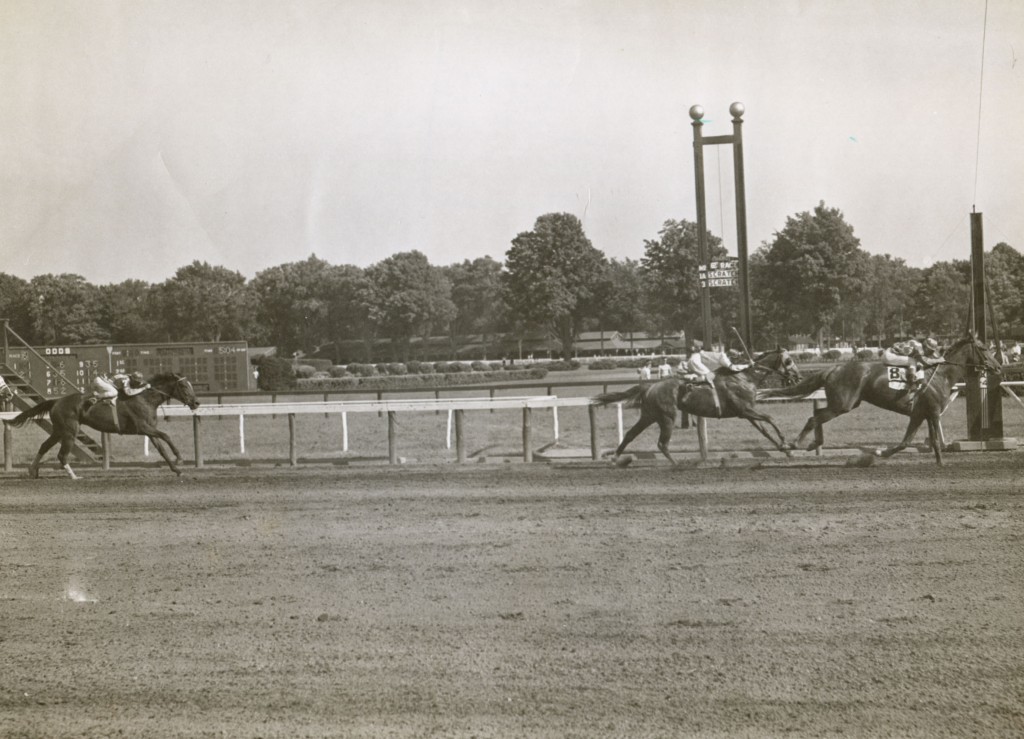 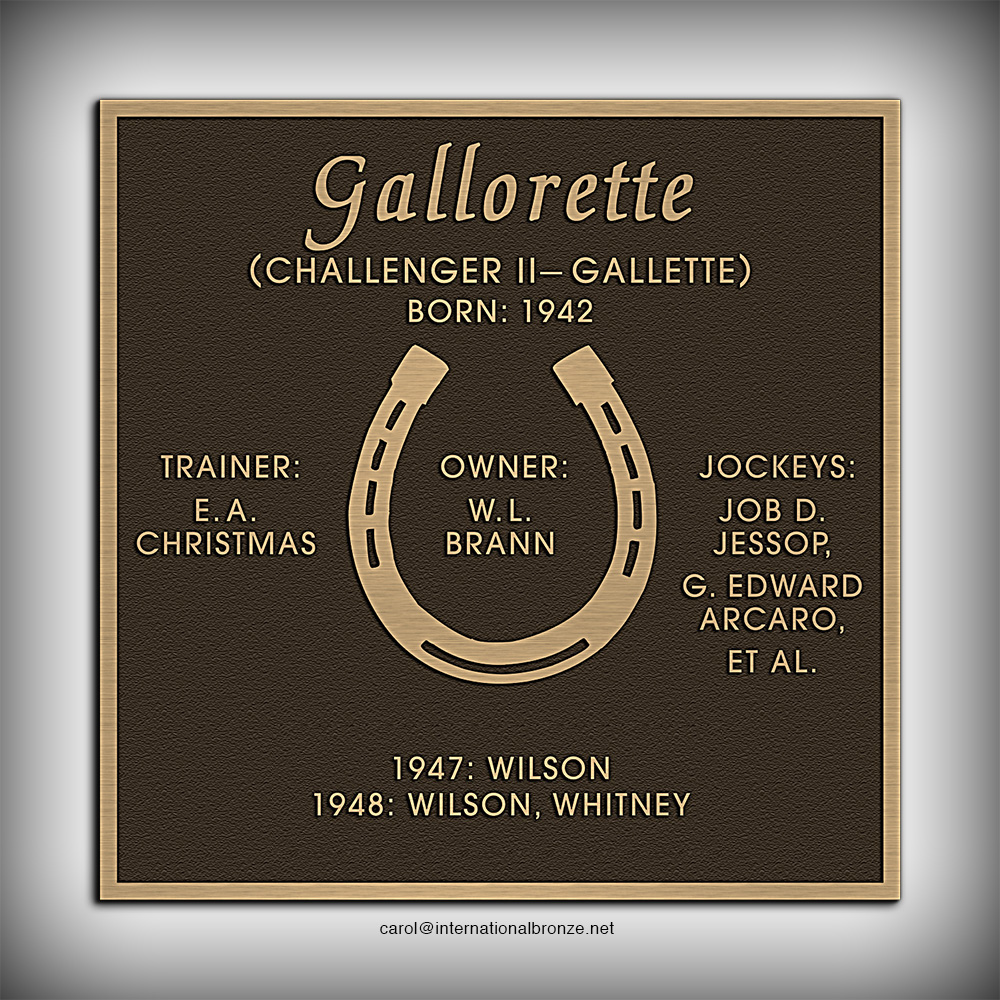 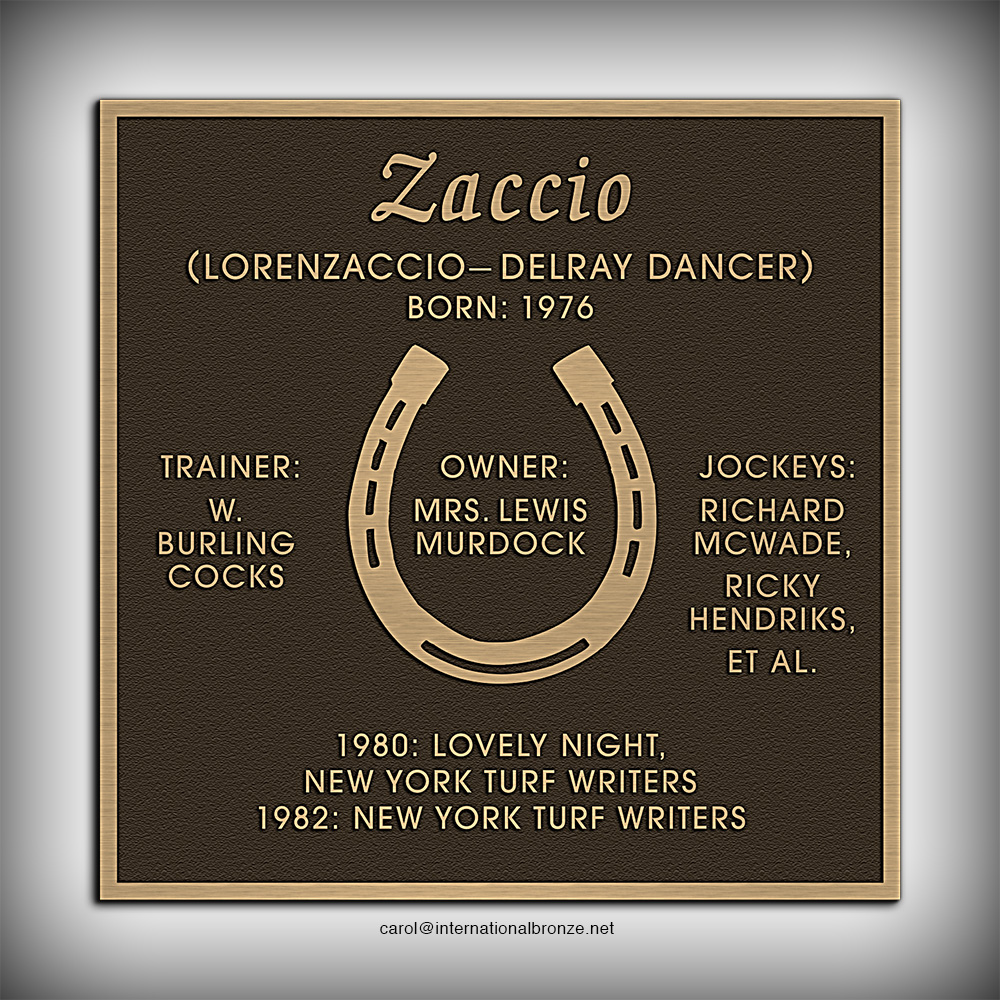 Modeled after the Hollywood Walk of Fame, the Hoofprints Walk of Fame was installed outside the clubhouse gates to Saratoga Race Course in 2013 in conjunction with the sesquicentennial celebration of the first organized race meeting in Saratoga Springs. The Hoofprints Walk of Fame honors the most prolific and notable horses to compete at Saratoga Race Course during its illustrious history. The additions of Gallorette and Zaccio bring the total number of inductees to 32.

The new bronze plaques, which have been replaced and upgraded, prominently feature the thoroughbred’s name alongside the names of its sire, dam, owner, trainer, and jockey. The plaques also feature the horse’s year of birth and signature wins at Saratoga Race Course. The cost of the upgrades was funded exclusively by Hendrickson and Marylou Whitney.

“We are delighted to welcome these two worthy new additions to the outstanding class of thoroughbreds who make up the Hoofprints Walk of Fame at Saratoga Race Course,” said Saratoga 150 Honorary Chair John Hendrickson, who conceptualized the project in conjunction with the Saratoga 150 committee. “These equine athletes are certainly to be credited for the excitement and thrill that make a day at the races so enticing and memorable. The Hoofprints Walk of Fame honors the real stars of the sports while providing a unique and educational retrospective of our history.”

Inducted into the National Museum of Racing and Hall of Fame in 1962, Gallorette was the nation’s champion older female in 1946. During her career, she won such prominent races as the Metropolitan, Brooklyn and Carter Handicaps. The mare’s signature wins at Saratoga Race Course include the Wilson Handicap in both 1947 and 1948 and the Whitney Handicap in 1948. Gallorette was owned by W. L. Brann and trained by E. A. Christmas.

“I am tremendously honored to be here today on behalf of my father to see Gallorette make even more history at Saratoga Race Course,” said Edward Christmas, son of Gallorette trainer E.A. Christmas.

Zaccio, also a member of the National Museum of Racing and Hall of Fame following his induction in 1990, was the Eclipse Award-winning national steeplechase champion for three years in a row from 1980 to 1982. His signature wins at Saratoga Race Course include the Lovely Night in 1980 and the New York Turf Writers Cup in 1980 and 1982. He also won such important events as the Colonial Cup and Temple Gwathmey. Zaccio was owned by Mrs. Lewis C. Murdock and trained by W. Burling Cocks.

“It is truly thrilling to see our steeplechase champion recognized amongst these outstanding thoroughbreds, especially at a venue as spectacular and historic as Saratoga,” said Mrs. Lewis C. Murdock, owner of Zaccio.

The Hoofprints Walk of Fame selection committee is led by acclaimed racing historian and life-long Saratoga Springs resident Michael Veitch. A turf writer for the Saratogian since 1979, Veitch also serves as a trustee of the National Museum of Racing.

“It is an honor for the Hoofprints Walk of Fame to welcome Hall of Fame champions Zaccio and Gallorette to the list of thoroughbreds who have made a historic mark at Saratoga Race Course,” said Veitch.

Horses are considered for the Hoofprints Walk of Fame based on their accomplishments in major stakes races at Saratoga Race Course, throughout its history of more than 150 years. The selection committee considers additional horses for the Walk of Fame on an annual basis. Among the notable thoroughbreds inducted as part of the inaugural class to the Walk of Fame include Affirmed, Man o’ War, Native Dancer and Secretariat.

The unveiling of the 2014 class of inductees comes three days before the 34th annual Open House at Saratoga Race Course on Sunday, July 13. The perennial pre-season event features its traditional offering of family-friendly activities from 9:30 a.m. to 4:30 p.m.

Sunday will also welcome the return of the Newman E. Wait, Jr. Trials, presented by The Adirondack Trust Company, at the historic Oklahoma Track located across Union Avenue from the main facility. Named in honor of the well-known Saratoga Springs resident, businessman and philanthropist in 1984, the trials will consist of a pair of exhibition flat runs beginning at noon. Pari-mutuel wagering will not be available on these races, but the public is invited to attend and enjoy the pure spirit of competitive racing in the old style of the country fair.