The Summer Games are the largest of two annual state games and 5,048 competitive experiences held each year throughout New York.  Athletes and coaches will travel to Siena College from around the state for the competition. Athletes must qualify at a local level to compete in the State Summer Games. 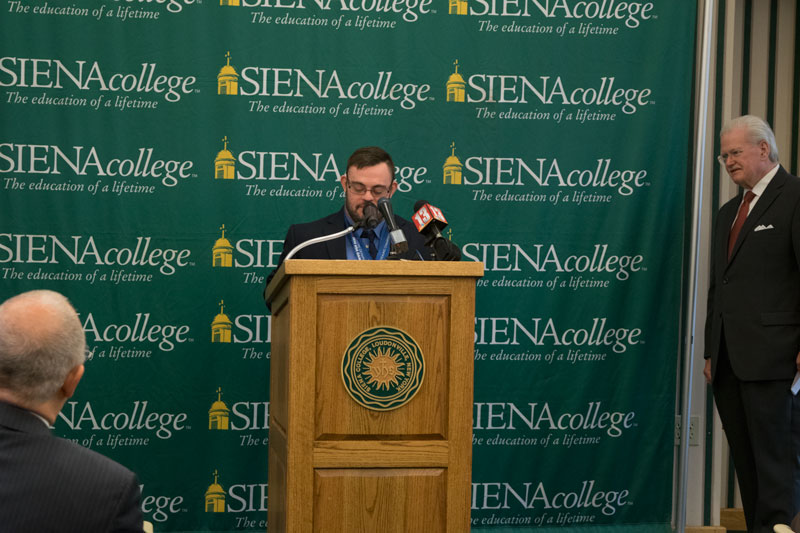 Tom Mooney, Special Olympics New York Athlete for 22 years, addresses the crowd about his excitement and enthusiasm that the 2017 & 2018 State Summer Games will be hosted by Siena College and surrounding community venues.

“We are excited to once again be back in the Capital Region for our Summer State Games,” said Neal Johnson.  “Siena College has a long and valued relationship with the athletes of Special Olympics New York having hosted many local events and provided training opportunities for several of our World Games teams. This is a great community with strong ties to our athletes.”

“Siena College is honored to be hosting the Summer Games for the Special Olympics. We look forward to welcoming these athletes to our campus and to the Capital Region and to supporting their endeavors as they strive to achieve their best.” Brother F. Edward Coughlin

Athletic competition will take place Saturday, June 17, 2017. All events, including the opening and closing ceremonies are free and open to the general public. Hosts for these competitions include Siena College, Hudson Valley Community College, The Sage Colleges, World Class Gymnastics and Spare Time Bowling alley. 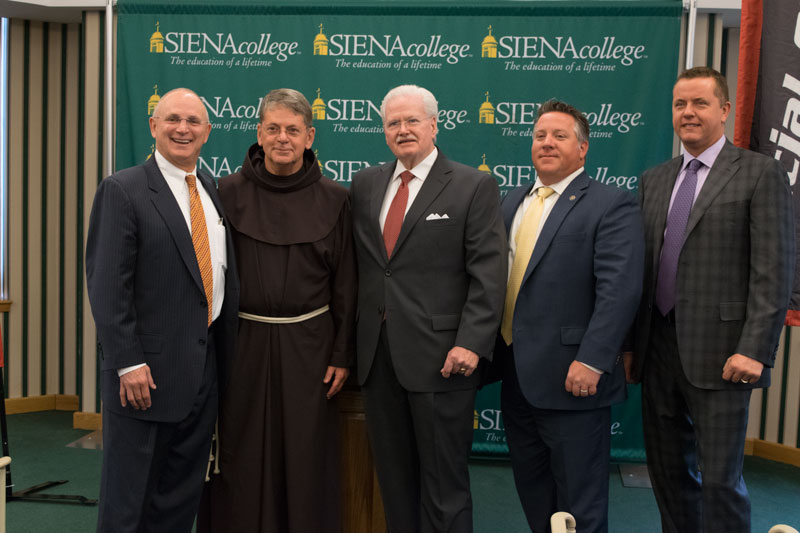 State Summer Games.  The games were hosted by the University at Albany 2005-2007.

Numerous volunteers from surrounding communities are needed to support the State Summer Games competitions and events:

For more information and to register online, please visit the website at www.specialolympicsny.org or email [email protected].   Volunteers can be individuals or groups.

Special Olympics New York will need to raise funding in the Capital District Region surrounding the State Summer Games and we are looking for corporate, community and individual partnerships.  For information about sponsorship opportunities, contact Senior Director of Development, Sarah Martinez at 518-936-4468.

The largest fundraiser in the Capital Region will take place Saturday, November 19 at Shepard Beach in Lake George.  Over 700 participants will brave the chilly waters of Lake George to raise close to $100,000 for our local Athletes.  For more information or to register visit www.PolarPlungeNY.org.