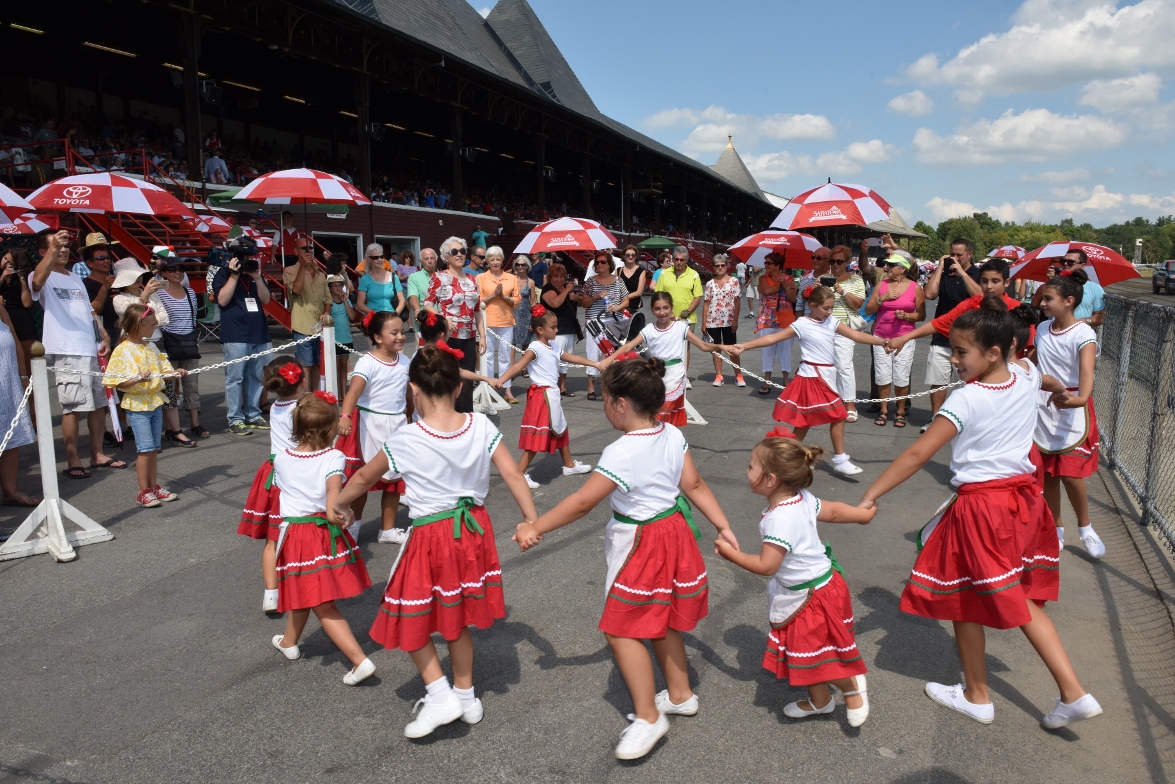 “It’s an honor to be singing here in Saratoga, my hometown…especially to be representing the Italian-American community of the Capital District. It’s a really great honor,” said Mazzone.

Italian food was available for purchase at the Saratoga Pavilion including meatball and sausage subs; eggplant and chicken parmigiana; cannoli; biscotti; and gelato from Saratoga Gelato. All proceeds benefited the Italian Heritage Association and Museum in Albany.

Italian food specials were also available for purchase at participating concessions throughout the track, including: meatball sandwiches at select locations in the Clubhouse and Grandstand; gelato at the lemonade and snack stands in the backyard; vegetable and pepperoni stromboli at Paddock Pizza near the finish line; antipasto salad at the Panini Stand in the grandstand; escarole and bean soup at the Chowder Bar; and Italian rope sausage and broccoli rabe on Kaiser rolls at Fourstardave’s in the backyard. Additionally, all a la carte dining restaurants featured Italian specials on the menu and the Italian beer Peroni was available at select locations.

Children had the opportunity to create their own Venetian mask at the Saratoga Pavilion as part of the day’s activities highlighting Italian culture, traditions and history. Italian language lessons were also available. Interactive exhibits from the American Italian Heritage Association and Museum were on display.