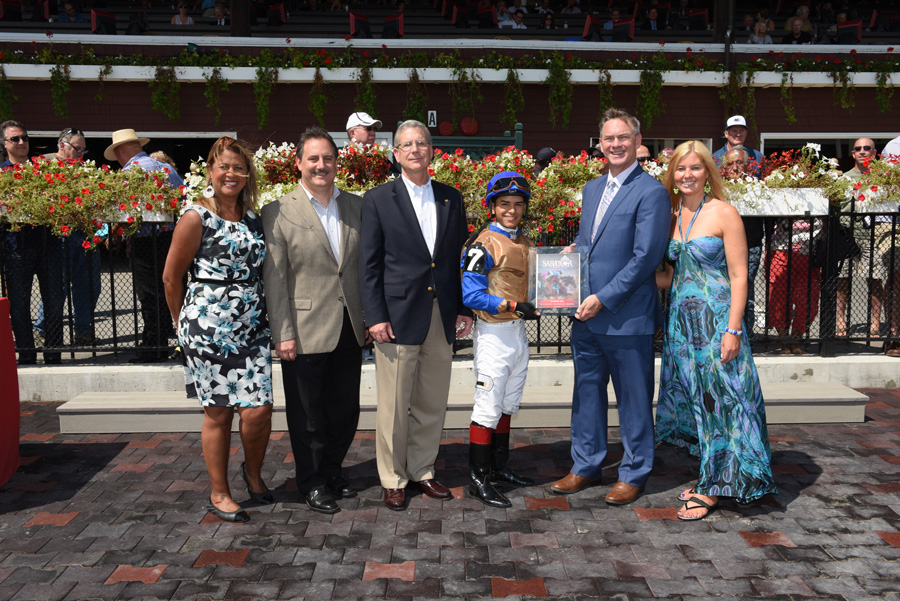 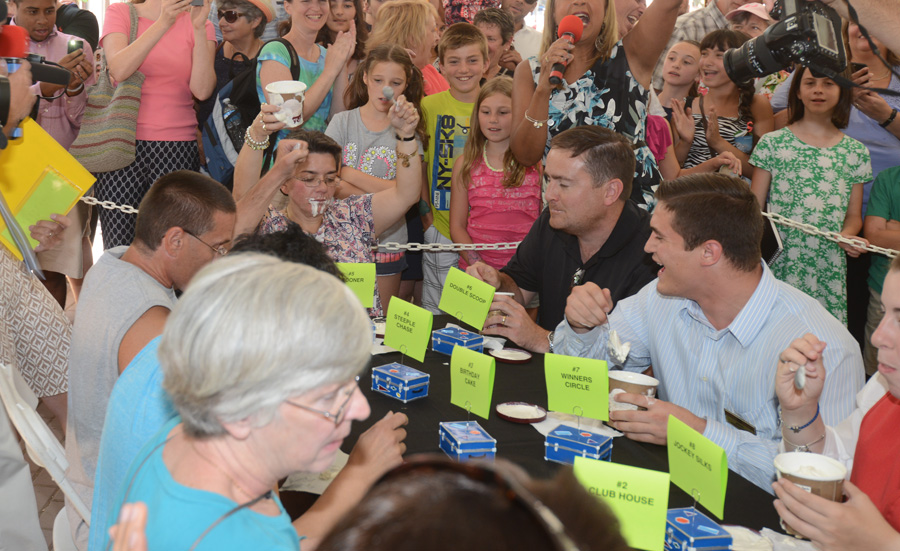 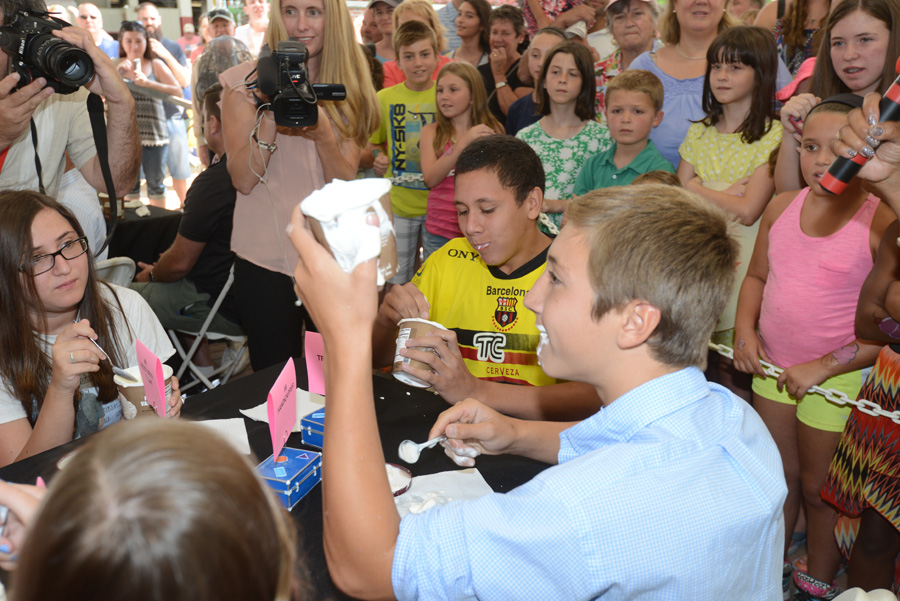 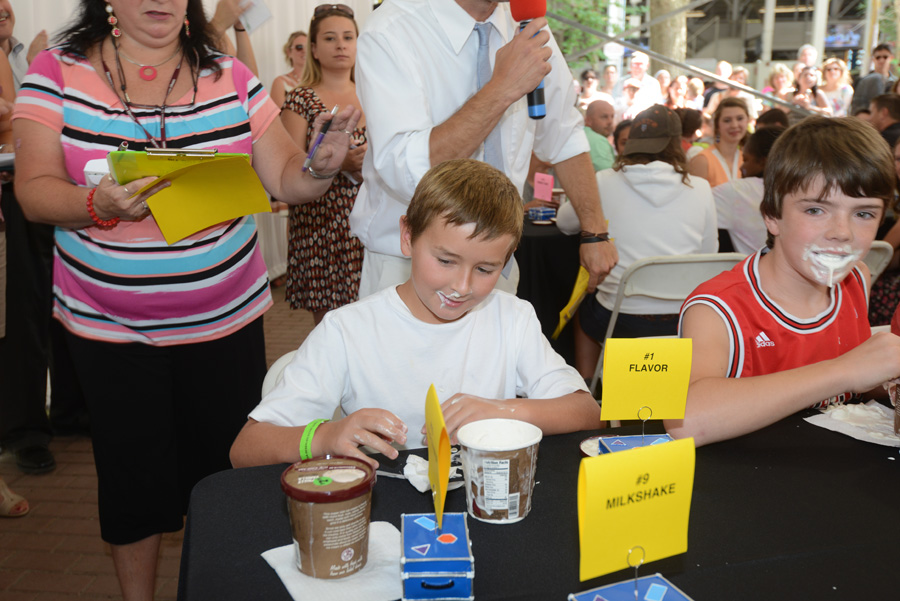 Stewart’s Shops Day paid tribute to the agriculture heritage and traditions of the locally-owned and operated convenience store chain, whose roots are in the dairy business since beginning as an ice cream shop in 1945.

“Stewart’s Shops is an outstanding locally-owned business and has been an integral partner in our successful season pass program at Saratoga,” said The New York Racing Association CEO and President Christopher Kay. “We were excited to celebrate their company’s history with a day at Saratoga Race Course in honor of Stewart’s Shops.”

The highlight of the day was the annual Stewart’s Ice Cream Eating Contest, during which three age groups of kids (ages 6 to 12), teens (ages 13 to 17) and adults (ages 18 and up) competed to finish a pint of ice cream the fastest. The contest was emceed by Yolanda Vega of the New York Lottery and Chad O’Hara of B95.5 FM.

Vega also hosted a meet and greet at the Saratoga Pavilion following the Ice Cream Eating Contest, during which fans had the opportunity to get autographs from and photos with the well-known television personality, who has served as spokeswoman with the New York Lottery for over 25 years.

Officials from Stewart’s Shops joined Vega to present the trophy for the day’s second race, which was named in honor of Stewart’s Shops. Vega lent her trademark voice to the presentation.

In addition to the Ice Cream Eating Contest, the day featured a number of family-friendly activities at the Saratoga Pavilion, including a farm-themed bounce inflatable, photo opportunities with a milk truck, music, face painting and free Stewart’s Shops ice cream samples.

Guests also had the opportunity to speak with a local farmer and learn about the history of Stewart’s Shops throughout the afternoon. Former products from Stewart’s Shops 70-year history were on display.

The NYRA Community Outreach Booth featured the well-known Saratoga Springs-based men’s acapella group Racing City Chorus. Members of the chorus raised funds for the organization by performing at the booth throughout the afternoon as it celebrates its own milestone 60-year anniversary. The Racing City Chorus also greeted guests at the Clubhouse and Union Avenue entrances as they arrived at Saratoga Race Course.