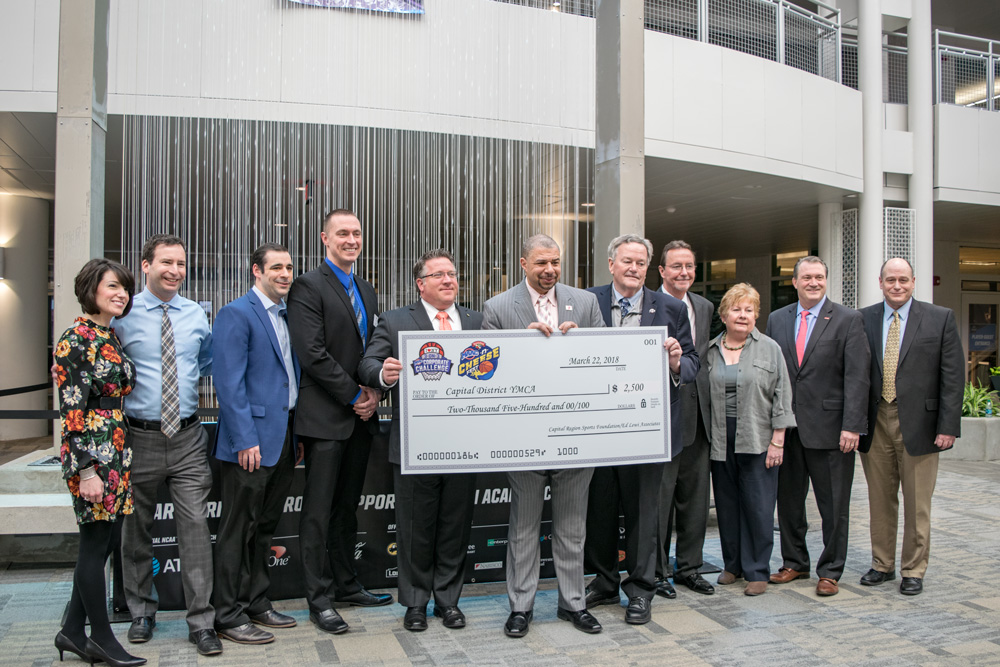 ALBANY, New York; –  Local business, political and civic leaders today presented the Capital District YMCA with a $2,500 donation in recognition of the organization’s efforts in running the inaugural I LOVE NEW YORK 3-on-3 MAAC Corporate Challenge. The tournament was held earlier this month in conjunction with the Metro Atlantic Athletic Conference (MAAC) Men’s and Women’s Basketball Championships.

The tournament was made possible through a partnership with the New York State Division of Tourism, which is also presenting the I LOVE NEW YORK Women’s College Basketball Fan Fest. The I LOVE NEW YORK Fan Fest will be held inside the Times Union Center Atrium on Saturday, March 24 from 9:30 a.m. to 2 p.m. and Monday, March 26 from 5 to 7 p.m. as part of the NCAA Division I Women’s Basketball Albany Regional, which will include some of the best collegiate women’s basketball teams in the country.

The winners of each contest will face each other in the Albany Regional Final on Monday, March 26 at 7 p.m.