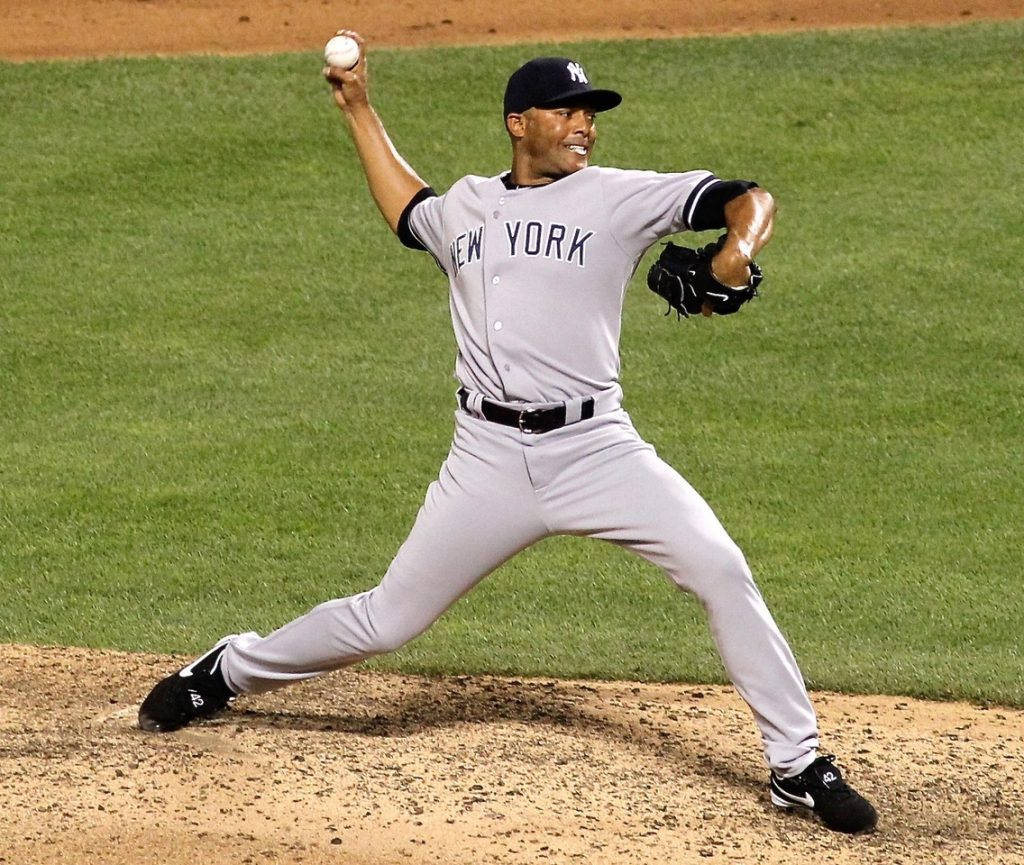 NYRA to honor “Mo” with third race to be named The Mariano Rivera Hall of Fame; trackside ceremony to be held prior to and following race

NYRA announced today that the day’s third race will be named “The Mariano Rivera Hall of Fame” as part of the Spa’s tribute to the retired New York Yankees pitcher, who is widely considered the greatest reliever of all time. Post time for the third race is approximately 2:10 p.m.

Following the race, Rivera will address the crowd during a special trackside ceremony, which will also include a video tribute featuring highlights from his illustrious career and a gift presentation from NYRA.

A limited number of Clubhouse and Grandstand reserved seats remain for Mariano Rivera Day and can be purchased at NYRA.com/Rivera.

“NYRA is proud to honor baseball’s all-time best relief pitcher and one of the greatest Yankees ever to don pinstripes,” said NYRA CEO & President Dave O’Rourke. “Saratoga Race Course has seen plenty of champions, and on Friday we’ll pay tribute to another one as we toast a New York sports legend during his own special day here at the Spa before he heads off to Cooperstown.”

The special visit to Saratoga Race Course comes one week before Rivera departs for Cooperstown where he will be inducted into the National Baseball Hall of Fame as the first unanimous selection in history.

Rivera is Major League Baseball’s career saves leader, compiling 652 over 19 stellar seasons with the Yankees. He helped lead the Bronx Bombers to seven American League pennants and five World Series Championships during a career that saw him selected for the All-Star Game 13 times.

Mariano Rivera Day is one element of a blockbuster Opening Weekend at Saratoga Race Course that includes Opening Day on Thursday, July 11; a concert by “American Idol” star Madison VanDenburg on Saturday, July 13; and the Saratoga picnic cooler giveaway, presented by NYRA Bets, on Sunday, July 14, which will also feature the 28th edition of the Hat Contest, presented by Moet & Chandon and Hat Sationa! By DEI.

Opening Weekend will feature six stakes races, including the Grade 3, $150,000 Schuylerville for 2-year-old fillies on Opening Day. Saratoga’s first Grade 1 of the season will be contested on Saturday, July 13: the $500,000 Diana for turf fillies and mares.

Gawhile supplies last. The voucher is valid for use July 11 to 13 through Ticketmaster.com. Limit one transaction per person.