A trifecta of premium giveaways for Saratoga racing fans this season

The 2022 Saratoga Race Course premium giveaway schedule is as follows:

The first giveaway of the season is a great accessory to bring to the races: a Saratoga-branded picnic blanket. Presented by Saratoga Casino Hotel, the black and red plaid patterned blanket is 52” x 47” when unrolled and folds up for easy storage while traveling to and from the track. 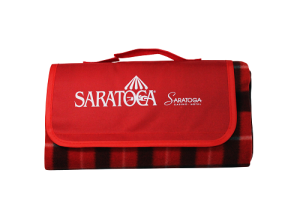 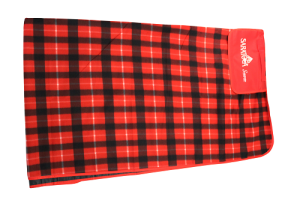 Fans can showcase their enthusiasm for Saratoga Race Course with the second giveaway of the season: a long-sleeve T-shirt. The ringer-style shirt is white with red sleeves. It is emblazoned with a red Saratoga logo on the chest and white NYRA Bets and FOX Sports logos on each sleeve. Two adult sizes will be available: medium and extra-large. 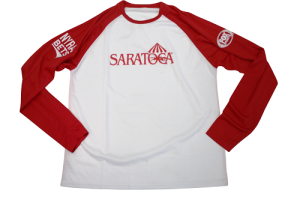 Let your Saratoga pride shield you from inclement weather with the third and final giveaway of the season: a mini umbrella presented by NYRA Bets. The umbrella is red and white and features the traditional red Saratoga logo and black NYRA Bets logo. 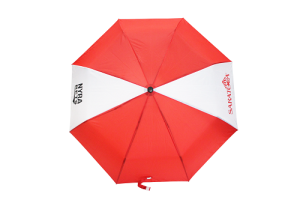 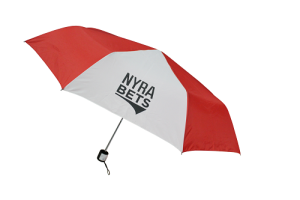 All fans in attendance will receive a coupon for a free, premium giveaway, with paid admission, while supplies last. Season ticket and season pass holders are not guaranteed a giveaway. Fans must present a coupon at designated locations on track to receive a giveaway.

Highlighted by the 153rd renewal of the Grade 1, $1.25 million Runhappy Travers on August 27 and the Grade 1, $1 million Whitney on August 6, the 2022 summer meet at historic Saratoga Race Course will open on Thursday, July 14, and continue through Monday, September 5.

Following the four-day opening weekend, racing will be conducted five days a week, Wednesdays through Sundays, apart from the final week, when the meet will conclude on Labor Day.