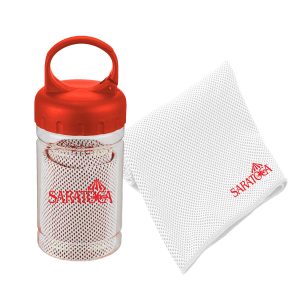 Additionally, NYRA will offer an exclusive giveaway for season pass and season ticket holders who are in attendance on Opening Day, Thursday, July 11: a white cooling towel featuring the red Saratoga logo, available while supplies last.

Gates open at 11 a.m. each day, including weekends, with the exception of Travers Day, Saturday, August 24.

The 2019 Saratoga Race Course premium giveaway schedule is as follows: 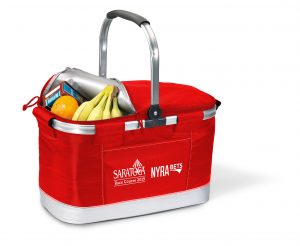 The first giveaway of the 2019 season will provide fans with an easy and convenient way to tote their food and beverage spread: a collapsible, red picnic cooler featuring the Saratoga logo emblazoned in white, presented by NYRA Bets. In addition to the Saratoga picnic cooler giveaway, the day’s festivities will include the 28th annual Hat Contest, presented by Moet & Chandon and Hat Sationa! By DEI. 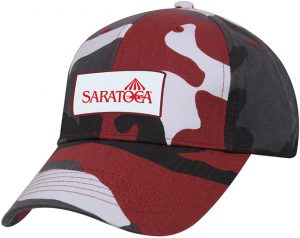 Guests will take home the second giveaway of the 2019 meet: the Saratoga baseball cap, presented by Saratoga Casino Hotel. This season’s edition of the annual giveaway item features the Saratoga logo against the backdrop of a red, black and gray camouflage print. The giveaway corresponds with First Responders Day at Saratoga, during which all first responders will receive free Grandstand admission with proper ID. 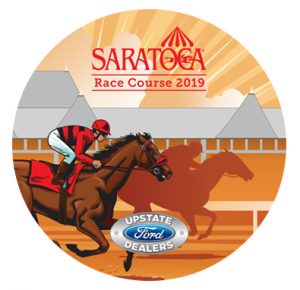 The season’s third premium giveaway – a Saratoga beach towel, presented by Upstate Ford Dealers – will kick off the countdown to the 150th running of the Grade 1, $1.25 million Runhappy Travers. The circular beach towel is a colorful rendering of a thoroughbred and jockey charging down the main track with the iconic Saratoga grandstand in the background. 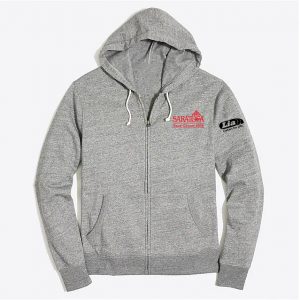 Fans will celebrate closing weekend of the 2019 Saratoga meet with the final giveaway of the season – a Saratoga sweatshirt, presented by Lia Infiniti. The gray hooded, zip-up sweatshirt is adorned with the red Saratoga logo.

Season pass and season ticket holders are guaranteed a Saratoga premium giveaway on the day of the giveaway so long as they are present at Saratoga Race Course and redeem the giveaway by the designated time.

Season admission passes may be purchased online at NYRA.com/Saratoga and in-person at nearly 150 Stewart’s Shops locations throughout the Capital Region. A season pass provides fans with admission to all 40 days of world-class thoroughbred racing at Saratoga Race Course. The cost for a 2019 Grandstand season pass is $50. A Clubhouse season pass is $75. Season passes do not include reserved seating.