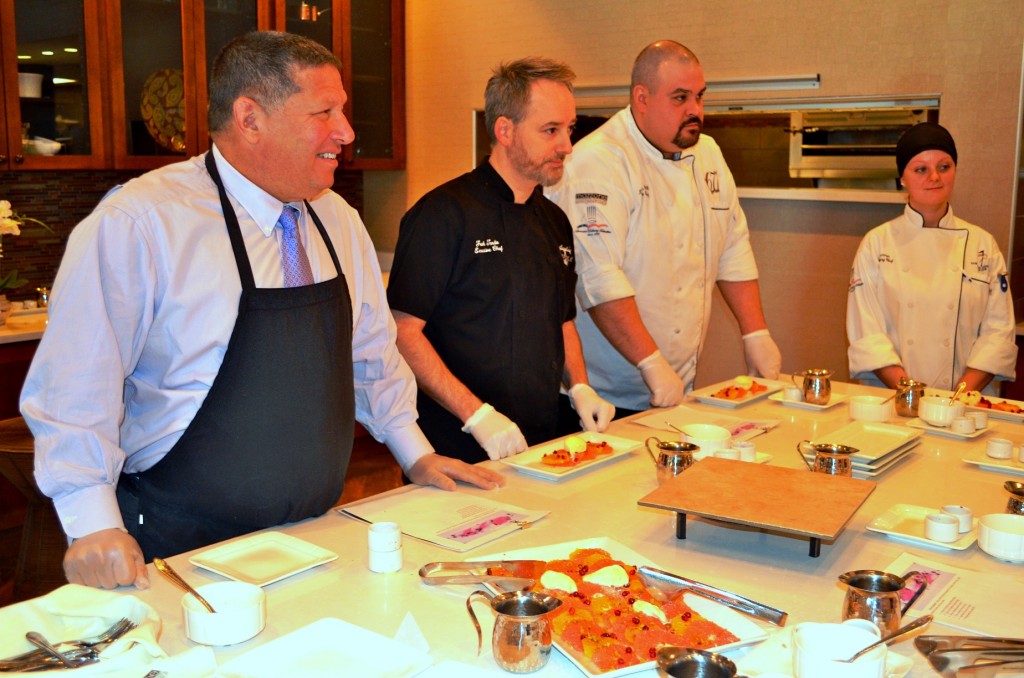 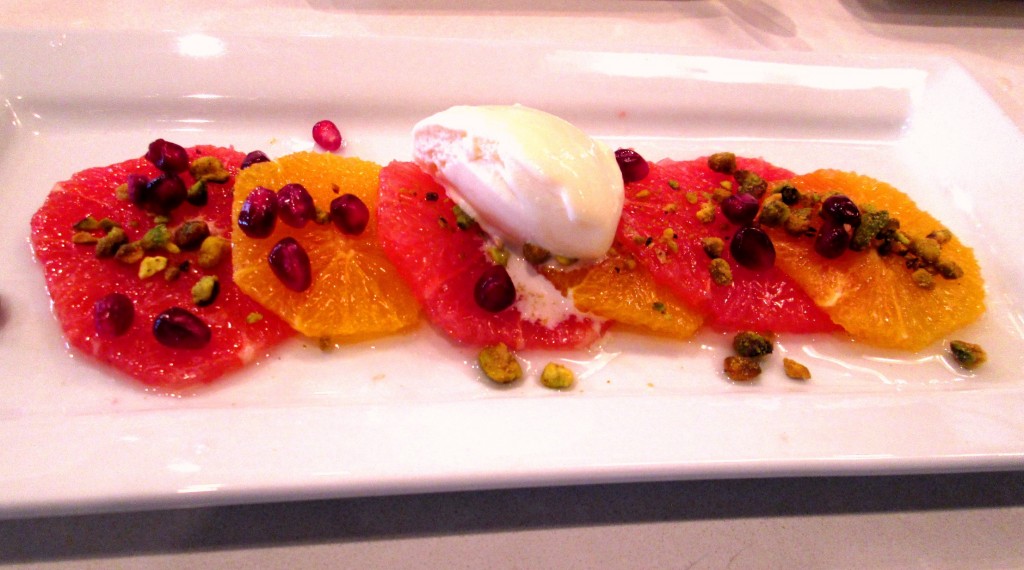 Scotia, N.Y. – Mazzone Hospitality today announced it will donate proceeds from a diabetic-friendly dessert offered in each of its restaurants to the American Diabetes Association (ADA) 2014 Saratoga Springs Tour de Cure – the premier cycling event in the Capital Region dedicated to finding a cure for diabetes.

The Citrus Carpaccio dish consists of thinly-sliced orange and grapefruit, lavender simple syrup, salted pistachio crunch and honey ice cream, and was created by Vivian Brammer, pastry chef at Prime at Saratoga National. It costs $8 and will be available from February 19 through May at all Mazzone Hospitality restaurants – Angelo’s 677 Prime, Prime at Saratoga National, Angelo’s Tavolo, Aperitivo Bistro, Angelo’s Prime Bar + Grill and Tala Bistro.

The announcement came during a cooking lesson at the Hilton Garden Inn-Clifton Park as Brammer taught chefs from each Mazzone Hospitality restaurant how to make the Citrus Carpaccio.

“Mazzone Hospitality is honored to support the critical efforts of the American Diabetes Association leading up to this year’s Tour de Cure,” said Angelo Mazzone, owner of Mazzone Hospitality. “I have made a personal commitment to supporting the American Diabetes Association and I’m proud that we can help this wonderful organization work toward a cure.”

“We are grateful for the support of Mazzone Hospitality as we continue the fight against the deadly consequences of diabetes and act as an advocate for those affected by diabetes,” said Denise Nicastro, event manager of the Saratoga Springs Tour de Cure. “We look forward to a tremendous Tour de Cure in 2014 and hope to surpass last year’s fundraising effort with the help of Mazzone Hospitality and all of our riders, volunteers and community partners.”

The 2014 Tour de Cure begins at Saratoga Springs High School on Sunday, June 1 with routes from 10 to 100 miles and indoor spin events from one to three hours. The registration fee ranges from $15 for early bird to $25 for day-of registration with a $200 fundraising minimum. For more information on registering or volunteering, visit www.diabetes.org/saratoga, call 518-218-1755 ext. 3606 or e-mail Denise Nicastro at [email protected].

About the American Diabetes Association

The American Diabetes Association (ADA) is the nation’s leading nonprofit health organization whose mission is to prevent and cure diabetes and to improve the lives of all people affected by the disease. Founded in 1940, the Association serves the community by funding research to prevent, cure and manage diabetes, providing credible information about the disease, giving voice to those denied their rights because of diabetes, and delivering services to people with diabetes, their families and health care professionals. For more information, please call the American Diabetes Association at 1-800-DIABETES (1-800-342-2383) or visit www.diabetes.org.