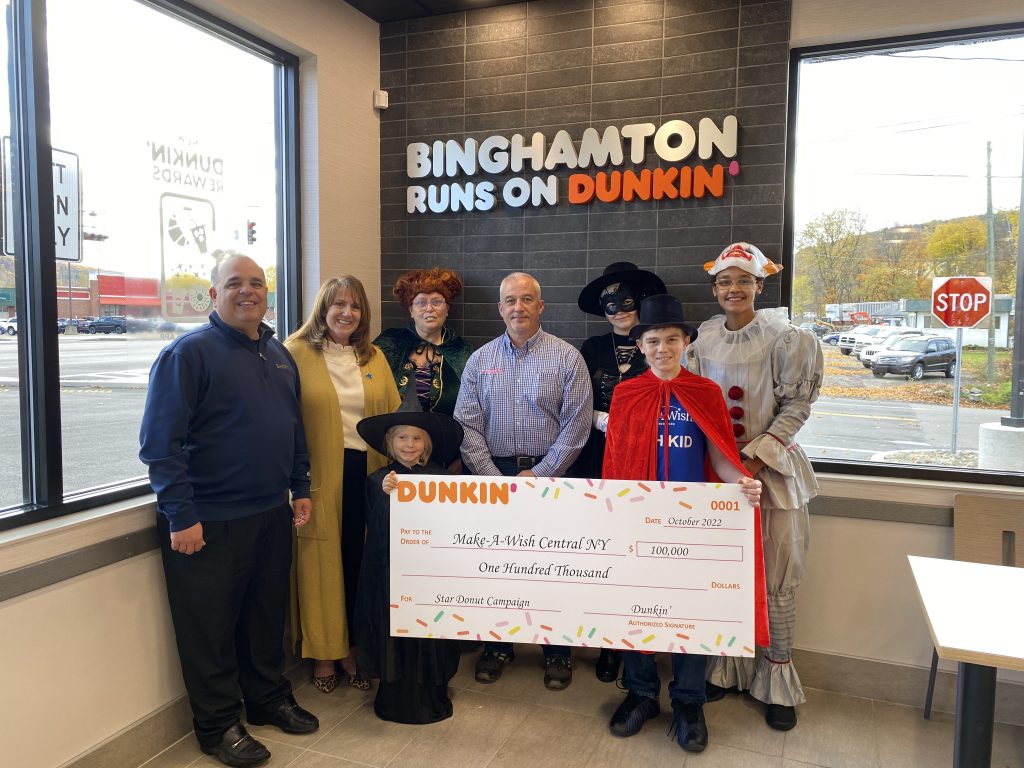 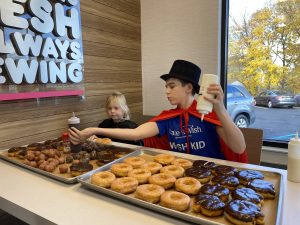 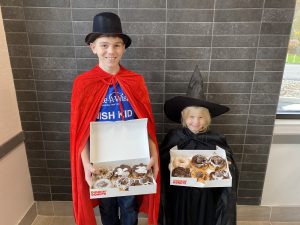 Campaign has generated nearly $750,000 to support wishes of local children since its inception

BINGHAMTON, New York; – Dunkin’ today announced that the 2022 edition of its annual Star Donut charitable campaign raised $100,000 for Make-A-Wish Central New York. This is the 10th consecutive year of the campaign.

From September 1 through September 12, guests who donated $1 to Make-A-Wish at participating Dunkin’ restaurants in the Southern Tier received a special Make-A-Wish Star Donut as a thank you for their generosity. The Star Donut campaign has raised nearly $750,000 for local Make-A-Wish chapters throughout upstate New York since its introduction in 2013.

“Dunkin’ is honored to support Make-A-Wish Central New York, and we’re proud to celebrate the 10th anniversary of our Star Donut campaign,” said Southern Tier Dunkin’ Franchisee Mayur Kaneria. “Make-A-Wish is so important to the children and families in our community, and we’re pleased to be able to provide Southern Tier residents with a special treat when they help us support such a great cause. We would like to thank all of our valued guests who joined us to make this year’s Star Donut campaign such a success.”

“We are beyond grateful and blown away by this incredible gift. Dunkin, their franchise owners and their patrons have long supported our mission, and this year’s support is especially meaningful. Not only do we celebrate 10 years of the Star Donut Campaign, but we are poised to grant a record number of wishes this year, which is possible, in part, because of this support,” said Make-A-Wish Central New York President and CEO Diane Kuppermann. “In addition to the necessary funding, the revenue generated throughout Make-A-Wish Central New York’s footprint creates awareness that helps to ensure that every eligible child has access to the Foundation and to a wish that may quite possibly change the trajectory of their illness. When a wish is granted, a child replaces fear with confidence, sadness with joy and anxiety with hope.”

This Halloween season, fans can sink their fangs into the full flavor of the season with the Dunk-o-Lantern Donut, Spider Donut and Peanut Butter Cup Macchiato. In celebration of the trick-or-treat spirit, the brand’s bakery case is also dressed up for Halloween, as donut shells transform into pumpkin-shaped donuts, and sprinkles turn to festive orange-and-black. These scary delicious treats join Dunkin’s fall menu to complete the seasonal line-up, which includes the Blood Orange Dunkin’ Refresher and a full line-up of pumpkin-flavored favorites, including Dunkin’s glazed Pumpkin cake donut, Pumpkin MUNCHKINS® Donut Hole Treats and Pumpkin Muffin.