Your press event went off without a hitch. The sound system worked.  The client nailed her lines. The display didn’t topple. The tape held on the podium sign. Reporters showed from every station. Cameras rolled and rolled and rolled.

So the event was a home run, right?

Public relations would be a lot simpler if the job began and ended with generating publicity. The problem is that most businesses want to promote a specific message; not just appear on TV for the sake of appearing on TV.

The crucial part of the publicity push comes at the beginning, when you define your message and determine your audience. If you’ve done that, and you execute your PR plan, all those clips come in handy because they allow you to gauge whether you’ve met your objective.

Dunkin’ Donuts recently opened a restaurant on the first floor of the New York State Capitol. The opening coincided with the looming budget deadline, when cameras tend to hang around the Capitol. Drawing media would not be a problem. The tricky part would be delivering a message that made a splash with the target audience – everyone who works in or around the Capitol.

At the event, we showcased an oversized copy of the card, which became the primary image, hook and headline of the resulting coverage. The message was designed to catch potential guests’ attention and beckon them to the restaurant, where, ideally, an ongoing relationship would begin. 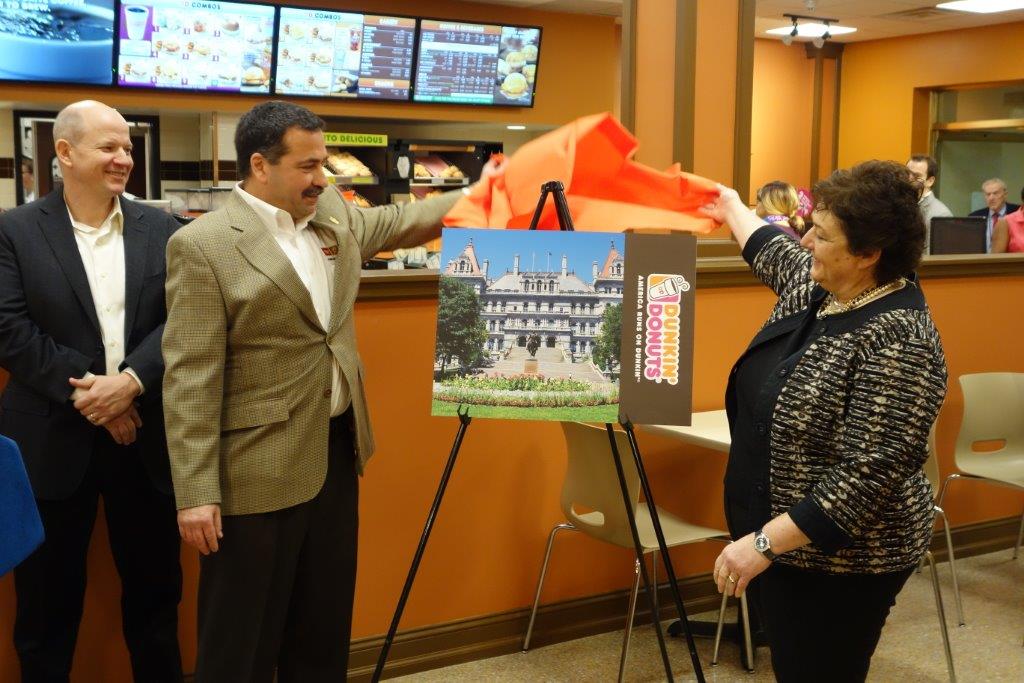 Additionally, the opening occurred on a day when the legislature was expected to work late into the night fine-tuning the budget. Despite a posted closing time of 6 p.m., we used our press event to announce the location would stay open through the night if necessary to keep legislators running on Dunkin’.

The good-will announcement exploded on social media and dozens of Dunkin’ Donuts coffee cups were seen in the chamber when the budget details were finalized around midnight.

The combination of the Capitol-branded card and custom hours created a message that resonated with the target audience. By defining our message and target audience early in the process, we were able to execute a press event that moved the needle rather than create 15 minutes of inconsequential fame.