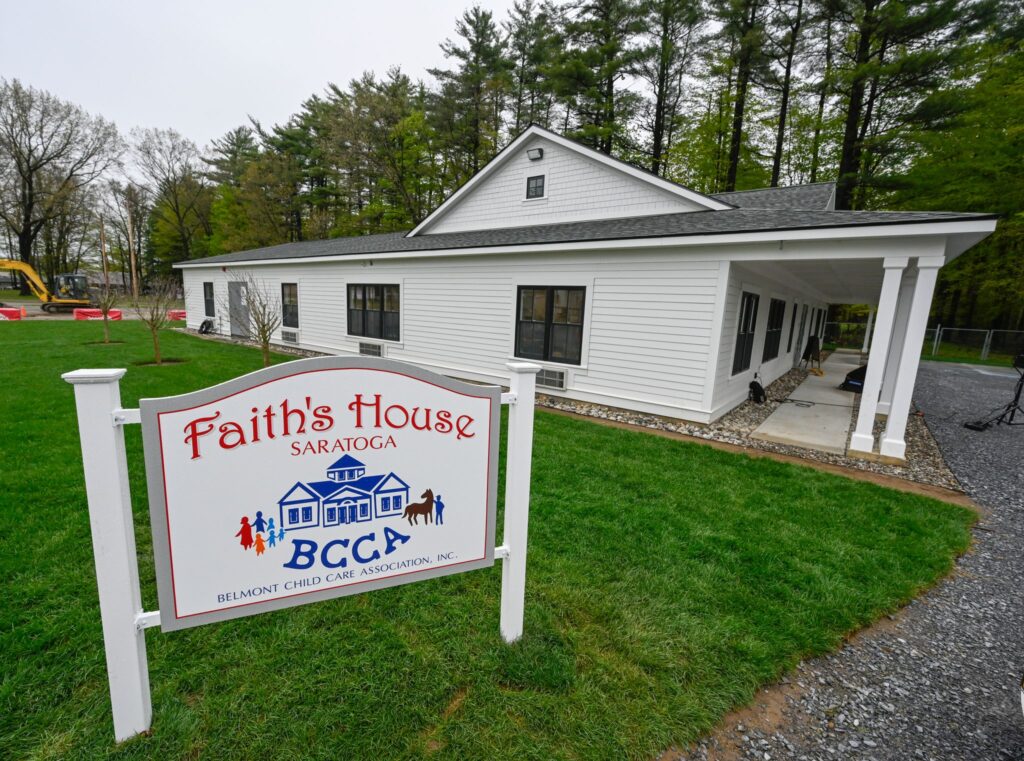 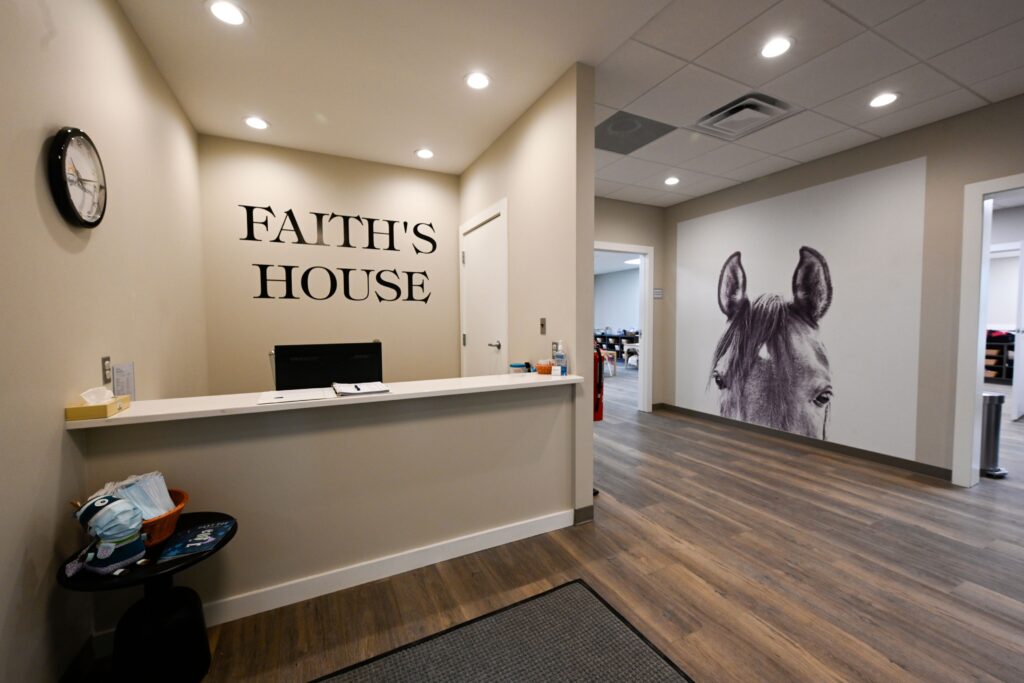 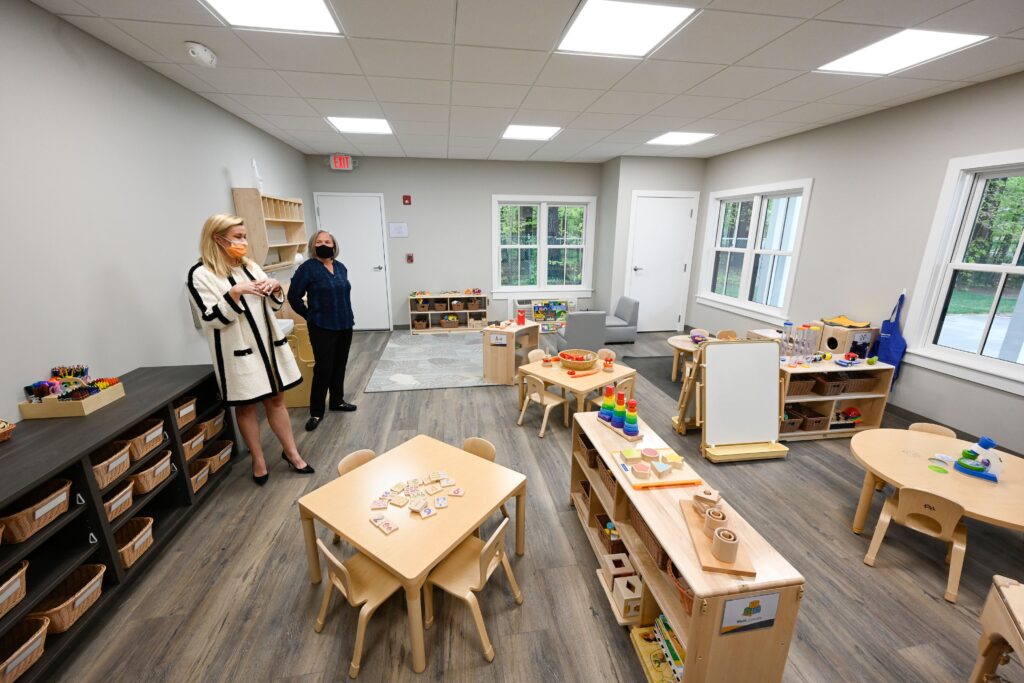 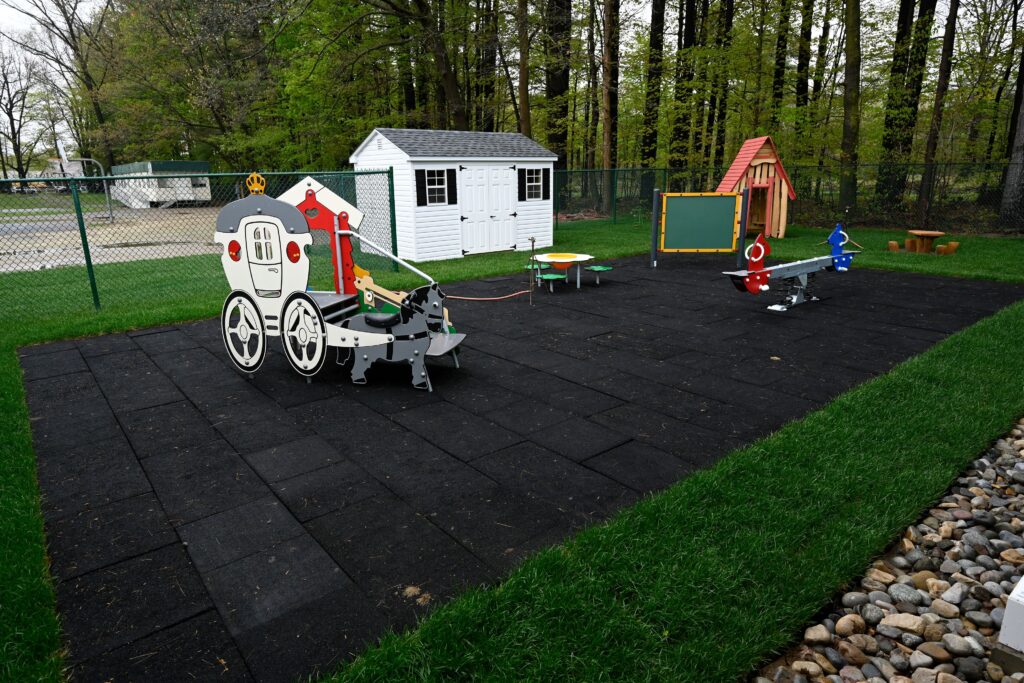 Located on the Oklahoma side of the Saratoga backstretch, the 4,300-square-foot facility will provide child care and early education programs for infants, toddlers and preschool-aged children. The center will be open seven days a week from 5 a.m. to 5 p.m. to accommodate the schedules of backstretch workers and horsemen.

The building was funded by Michael and Lee Dubb and is named in honor of Faith Dubb, the late mother of BCCA founder and board chairman Michael Dubb.

“We are very excited to open the doors of Faith’s House to the backstretch community this summer,” said Dubb, who is a prominent thoroughbred owner in addition to his work with the BCCA. “This important program will provide the hardworking families of the Saratoga backstretch with the peace of mind that comes with knowing their children are being cared for in a fun and enriching environment with a focus on early education.”

Faith’s House will feature dedicated rooms to serve infants, toddlers and preschool aged children. Upon entering the new child care center, visitors are greeted by an oversized black and white mural of a thoroughbred racehorse.

The facility is designed to accommodate up to 35 children and includes numerous cribs for newborn infants. Two rooms within Faith’s House are dedicated to serving preschool aged children with an array of educational resources, including books, dictionaries and writing and drawing materials.

A fenced-in play area is located outside the rear of the building with eco-friendly, rubber tiles and flooring to provide a safe and forgiving playground surface.

The Saratoga facility will complement BCCA’s sister child care center Anna House, which serves families of the Belmont Park backstretch. More than 1,000 students have participated in Anna House’s programs since its opening in 2003.

“On behalf of the New York Racing Association, I would like to thank Michael and Lee Dubb for their generosity and dedication to the backstretch community,” said NYRA President & CEO Dave O’Rourke. “We have been fortunate to witness the benefits of child care and early education through their initial vision of Anna House at Belmont Park and are indebted to Michael and Lee for funding and spearheading this companion facility at Saratoga Race Course. We are thrilled to welcome this beautiful new facility to Saratoga and extend our appreciation to the entire BCCA team and our own facilities staff for bringing this project to life.”

The summer 2021 opening coincides with the annual summer meet at Saratoga Race Course, which brings approximately 950 backstretch workers and their families to the Spa.

Faith’s House will be operated by Bright Horizons, an organization known for excellence in the child care industry which manages early childhood education programs at more than 1,000 child care centers.

“On behalf of the BCCA Board of Directors, I would like to thank Mike and Lee Dubb for their incredible generosity in building Faith’s House which fulfills a 10-year dream for the BCCA,” said BCCA President Libby Imperio.

Local officials shared their support and enthusiasm for the new child care center, which will open in July.

“I would like to congratulate the Belmont Child Care Association, along with Michael and Lee Dubb, on the opening of Faith’s House,” said Assemblywoman Carrie Woerner (113th AD). “The backstretch workers who are integral to the sport of racing have long needed the child care services and support that will be provided by Faith’s House so that their families can join them in Saratoga for the summer meet.”

“The past year has informed us more than ever of the importance of quality child care for working families in our community,” said City of Saratoga Springs Mayor Meg Kelly. “This new center will undoubtedly be an outstanding addition to Saratoga Race Course and to our city. We are thrilled to welcome Faith’s House to Saratoga Springs and thank Michael and Lee, the BCCA and NYRA for making this project possible.”

For more information about Faith’s House, including details on registration and enrollment, contact BCCA Executive Director Joanne K. Adams by phone at (516) 488-2103 or via email at [email protected].