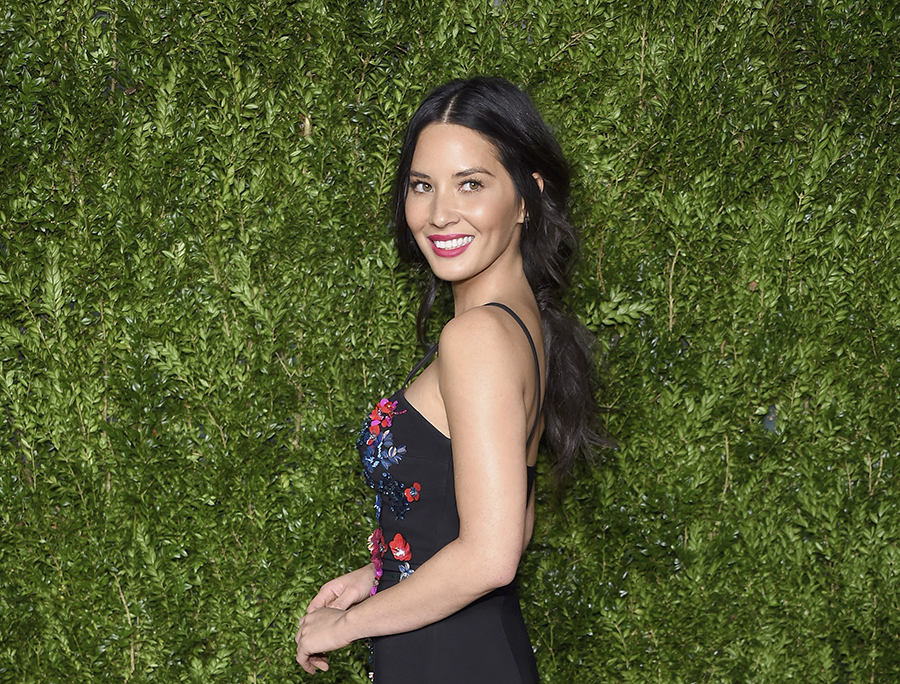 Announcement comes four months to the kickoff of the inaugural all-women’s sports and entertainment festival, August 20-25, 2019 in Albany, NY

Munn, whose credits include, starring roles in HBO’s The Newsroom and Fox’s X-Men, has also been instrumental in advancing rights for women and minorities in the entertainment community and the country as a whole.

“I am thrilled to be hosting the opening night of the Aurora Games,” said Munn. “Sports have always played an important role in my life and to be part of a platform that is intended to celebrate achievement by women in sports and beyond is in keeping with everything I believe in.”

The Opening Ceremonies, which will precede the tennis competition on August 20, will usher in the start of the Aurora Games with a “parade of flags” representing more than 20 countries with participating athletes. The evening will also include musical performances, a presentation of the Aurora Games Athletes’ Bill of Rights, and an unveiling of the Babe Didrickson Zaharias Trophy.

“Olivia Munn’s diverse background, personal history, high profile and commitment to women’s rights make her the perfect host for opening night of the Aurora Games,” said Aurora Games Executive Producer Jerry Solomon. “I was introduced to Olivia a couple of years ago on another project. Her passion comes through in everything she does and will help open our celebration of women in sports and culture with an aura of excitement and electricity that will carry through our six days of competition.”

A native of Oklahoma, Munn most recently starred in 20th Century Fox’s The Predator opposite Keegan-Michael Key and Sterling K. Brown. She will next appear in the new STARZ series The Rook, premiering in 2019. Munn is a spokeswoman and activist on environmental issues. She works with the U.S. Environmental Protection Agency, DoSomething.org’s “Green Your School Challenge” and the Sierra Club.

The Opening Ceremonies will lead into the Aurora Games tennis action, which will feature three singles and two doubles matches utilizing fast-paced “no ad” scoring.

Joining the roster for Team World is Victoria Azarenka of Belarus, who gave birth to her son two years ago. The world’s former number one ranked player, Azarenka is one of the most decorated players of the past 10 years as a two-time singles Grand Slam Champion (Australian Open), two-time U.S. Open runner-up, Wimbledon Mixed Doubles Champion, and two-time Olympic medalist. She has won 20 Women’s Tennis Association (WTA) singles titles, seven doubles titles and three mixed doubles titles.

“The Aurora Games will be a great platform for me to join so many accomplished athletes to not only showcase our talents but to help to further reinforce the message about what women and working moms can do with the right opportunities,” said Azarenka. “I am looking forward to coming to Albany and playing for Team World.”

Azarenka continued her comeback from maternity leave in Monterrey earlier this month by advancing to her first final since winning the Miami Open in 2016. She was unable to continue play following an injury in the second set against Garbine Muguruza, the 2017 Wimbledon champion and 2016 French Open champion, who defended her Monterrey title.

Both Azarenka and Muguruza will play for Team World in August. Team Americas will be led by 2019 Indian Wells champion Bianca Andreescu, reigning Olympic singles Gold Medalist Monica Puig from Puerto Rico, and U.S. Open and Olympic doubles champion Bethanie Mattek-Sands. Additional players are still to be named for each team.

Individual session tickets for the Aurora Games are on-sale at Ticketmaster.com. Tickets range in price from $15 to $129 and include admission to the Aurora Games FanZone. Children may qualify for half-price tickets.

Fans are welcome to attend the Aurora Games FanZone at the Albany Capital Center, featuring music, athlete meet and greets, food and entertainment, and a table tennis exhibition. Fans may purchase tickets exclusively to the FanZone for $10 at Ticketmaster.com. A limited number of reserved seats for the table tennis exhibition on August 24 and 25 are available for purchase.

The FanZone will also feature “Conversations with Champions,” a series of workshops led by world-class female champions and empowerment role models. Judge Rosemarie Aquilina, who presided over the sentencing of former USA Gymnastics team doctor Larry Nassar, will serve as the keynote speaker on Wednesday, August 25 at 5 p.m. A separate admission is required for “Conversations with Champions” and tickets may be purchased at Ticketmaster.com. The full schedule of workshops is available at AuroraGamesFestival.com.

ABOUT THE AURORA GAMES

Aurora Games Festival, LLC owns and operates the Aurora Games and holds all of the rights and intellectual property associated with the Games. The Aurora Games were conceived of and created by Jerry Solomon. Mr. Solomon has been one of America’s top sports marketing executives for more than 30 years. The Aurora Games, named in honor of the Roman goddess of the dawn, will be held every two years beginning with the inaugural edition at the Times Union Center in Albany, NY, August 20-25, 2019. Designed to celebrate the best in women’s sports, entertainment and culture, the Aurora Games will welcome all-star athletes, as well as coaches and trainers, representing more than 15 countries to downtown Albany to compete in an international competition of teams comprised of the Americas vs. the World. The six-day event will include team and individual competitions in basketball, tennis, figure skating, gymnastics, ice hockey and beach volleyball. Fans will also enjoy musical performances, food tastings, sports clinics, autograph sessions and seminars in the Aurora Games Fan Zone at the Albany Capital Center. For up-to-date information about the Aurora Games, visit AuroraGamesFestival.com or follow the Games on Twitter @AuroraGamesFest.