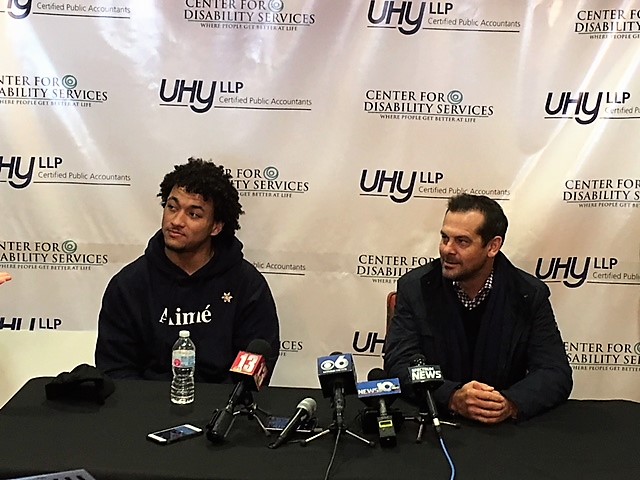 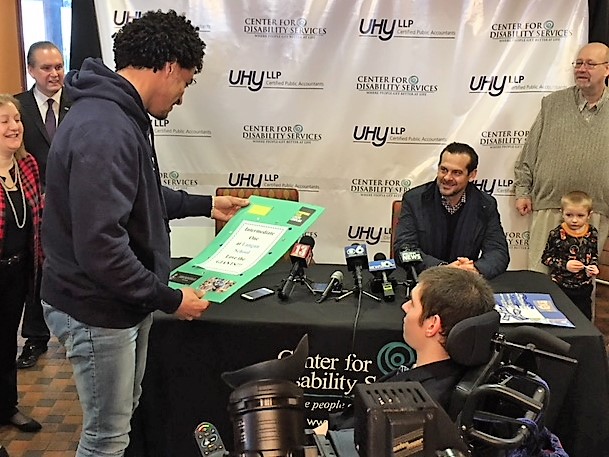 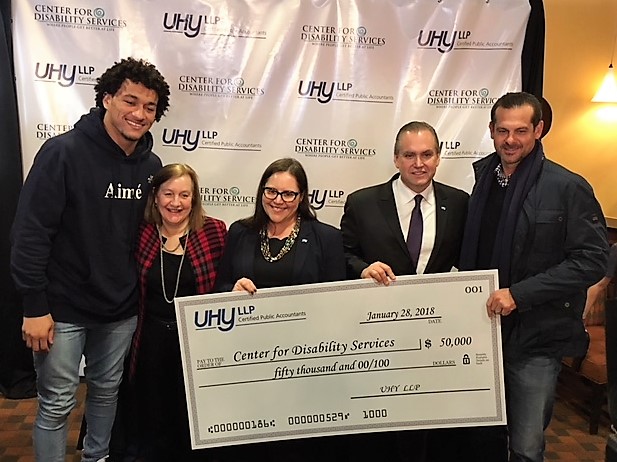 The appearance by members of the New York Yankees and New York Giants was made possible by UHY LLP, a licensed independent CPA firm in New York, which increased its donation this year to $50,000 for the Center for Disability Services.

“As a longtime partner of the Center for Disability Services, we’re proud to increase our commitment to this outstanding organization. We are thrilled to help bring these sports stars to the Capital Region in support of a tremendous cause,” said Howard Foote, UHY LLP Office Managing Partner, Capital Region. “It’s our honor to work with an organization that continually provides invaluable services to thousands of families in the greater Capital Region.”

Boone and Engram signed autographs and met with fans throughout the afternoon in return for donations to support the Center for Disability Services which benefits local individuals with disabilities and their families.

Boone was named the new manager of the New York Yankees in early December but may be best known for hitting a series winning walk-off home run for the Yankees in the American League Championship Series in 2003. During his 12-year MLB career, he played for the Cincinnati Reds, Cleveland Indians, Florida Marlins, Washington Nationals, Houston Astros and Yankees.

Engram was drafted by the Giants with the 23rd pick in the first round of the 2017 NFL Draft and made his NFL debut in the season opener against the Dallas Cowboys. Born in Powder Springs, Georgia, Engram played college football for Ole Miss.

The Center for Disability Services has been the place to turn to for innovative services and expert care for individuals with disabilities and chronic medical conditions in the Capital Region for 75 years. It provides services to more than 12,000 individuals of all ages and their families at 80 locations throughout fifteen in Upstate New York.

Donations can be made in person, by phone, or online at www.cfdsny.org/donation.aspx.