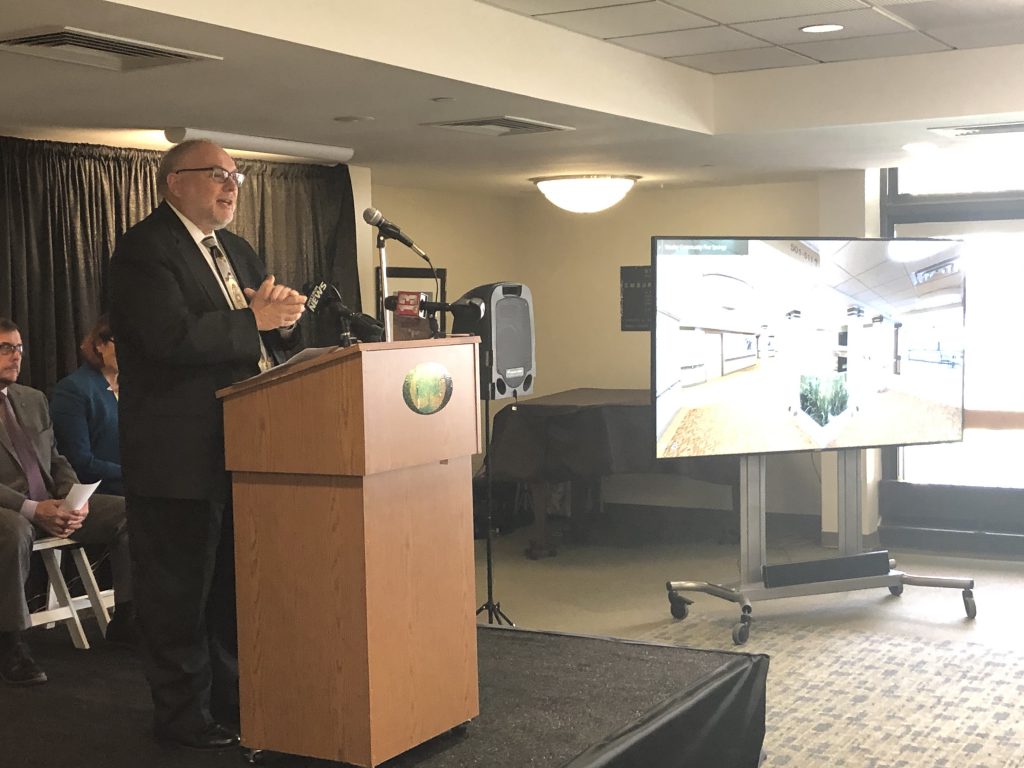 Project will increase number of private rooms, improve dining and activity spaces and create a contemporary environment for aging adults

The “Campaign for Springs” seeks to raise $5 million in funding, which will help the non-profit senior care provider to embark on the second phase of improvements to the Springs building at the Wesley Health Care Center, which serves residents requiring long-term care.

The project will add approximately 5,500-square-feet to the building’s existing footprint; create an additional 19,500-square-feet within the building; and renovate the second through fourth floors of the building, thereby increasing the number of private rooms available to residents by nearly 30 percent and creating a more home-like environment.

Additionally, the project will allow The Wesley Community to update the dining room with more natural light and establish inviting and contemporary common spaces with electric fireplaces. The improvements will also enhance resident amenities by installing a shower and ceiling lift system in each room. The project is anticipated to cost approximately $20 million.

“I went on the Saratoga Retirement Center Board 52-plus years ago as a Chamber of Commerce officer to help it get settled in Saratoga,” said Chairman of the Board at Stewart’s Shops Bill Dake. “It was felt that it could provide employment in a resort community, as well as fill a growing social need. Looking at the Wesley Community’s success today, from a 50 years ago perspective, is truly amazing and certainly has fulfilled its potential for the community.”

“On the occasion of the launch of the Campaign for Springs, I am pleased to announce that the Alfred Z. Solomon Charitable Trust has pledged $500,000 for this endeavor. We recognize what a vital role Wesley plays in providing health care for our area. We wish Wesley every success in this campaign,” said Harry D. Snyder, Esq. Co-Trustee of the Alfred Z. Solomon Charitable Trust.

The first phase of renovations to the Springs building, which began accepting residents in the early 1970s, took place three years ago and included improvements to the main lobby area as well as the resident rooms and common spaces on the fifth floor of the building. The improvements have been well received by residents and families.

While the capital campaign exclusively supports the second phase of renovations to the Springs building, the project is one component of a multi-year development plan that will create 100 new senior housing units, a 50-unit state-of-the-art memory care center and a dedicated staff training facility at The Wesley Community.

Development plans for the project have received unanimous approval from the Saratoga Springs City Council. Pending individual site plan review and approval, groundbreaking on the initial stages of the project is expected to take place in late 2020.

Individuals interested in supporting the “Campaign for Springs” are invited to make a donation at campaignforsprings.org. For more information about the project or the campaign, contact The Wesley Foundation via email at [email protected] or by phone at 518-691-1420.

About The Wesley Community

The Wesley Community is a 37-acre, not-for-profit agency in Saratoga Springs, NY, which serves the needs of the elderly, as well as active seniors, adults and pediatrics. Sponsored by United Methodist Health and Housing, Inc., The Wesley Community’s unique continuum of care community provides independent and assisted living for seniors, affordable independent senior housing, short-term rehabilitation and long-term care, as well as home care services and outpatient therapies available for people of all ages.