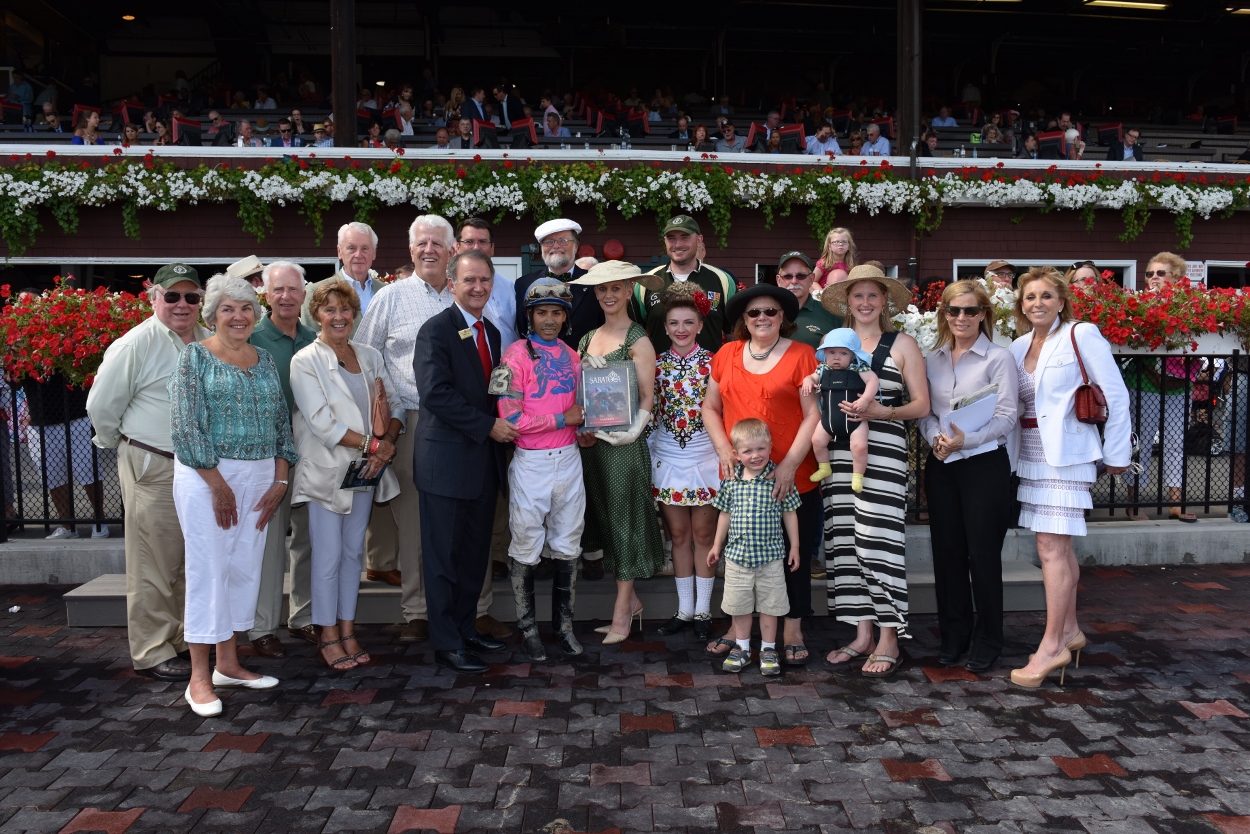 The New York Racing Association welcomed Patricia Ward Kelly, wife of renowned actor, dancer and choreographer Gene Kelly, who was of Irish descent and best known for his roles in the classic films “Singin’ in the Rain” and “An American in Paris”. Ward Kelly presented the trophy for the day’s fifth race, named “Saratoga Salutes Hollywood Legend Gene Kelly”.

“It is such a great opportunity to be here in this historic place to celebrate Gene and his Irish heritage,” said Ward Kelly. “I would come back anytime.”

Ward Kelly also appeared at the Irish American Heritage Museum exhibit at the Saratoga Pavilion throughout the afternoon to discuss the talents and Irish lineage of her late husband.