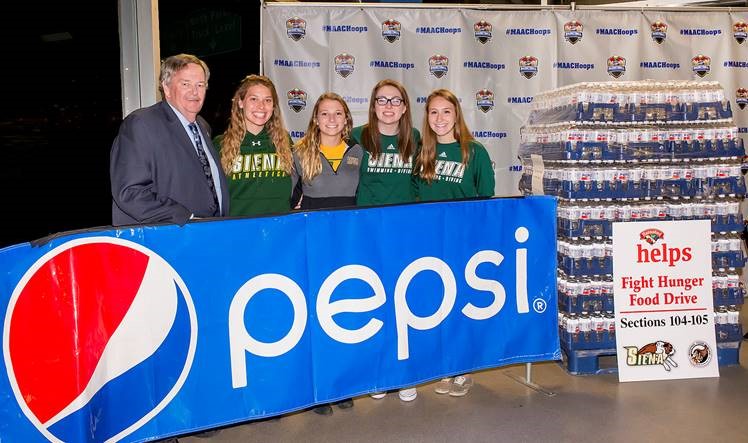 ALBANY, N.Y. – The Metro Atlantic Athletic Conference (MAAC) and Hannaford Supermarkets teamed up to support hunger relief efforts with a “Hannaford Helps Food Drive” during the men’s quarterfinals session of the 2017 MAAC Men’s and Women’s Basketball Championships at the Times Union Center on Saturday, March 4.

Fans in attendance at the games contributed numerous non-perishable items and more than $100, which were donated to the Regional Food Bank of Northeastern New York. Fans who donated at least three non-perishable items received a voucher for two free tickets to the women’s championship game, which will be held at 5 p.m. today at the Times Union Center.

This evening will also feature the men’s championship game with a showdown between conference rivals Iona and Siena at 9 p.m. Tickets for both the MAAC men’s and women’s basketball championships are available at the Times Union Center Box Office, charge by phone at 1-800-745-3000 or online at www.timesunioncenter-albany.com or www.ticketmaster.com.