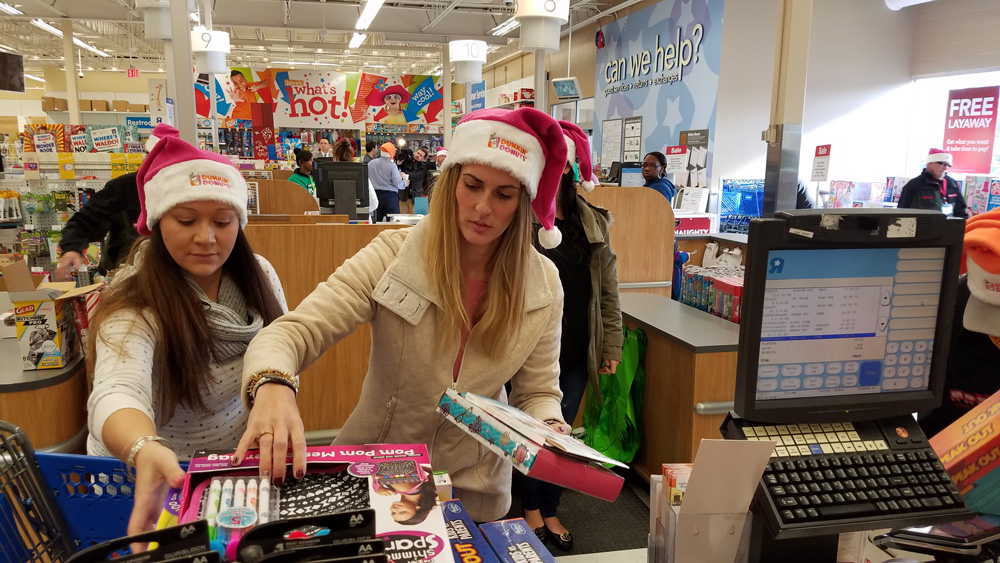 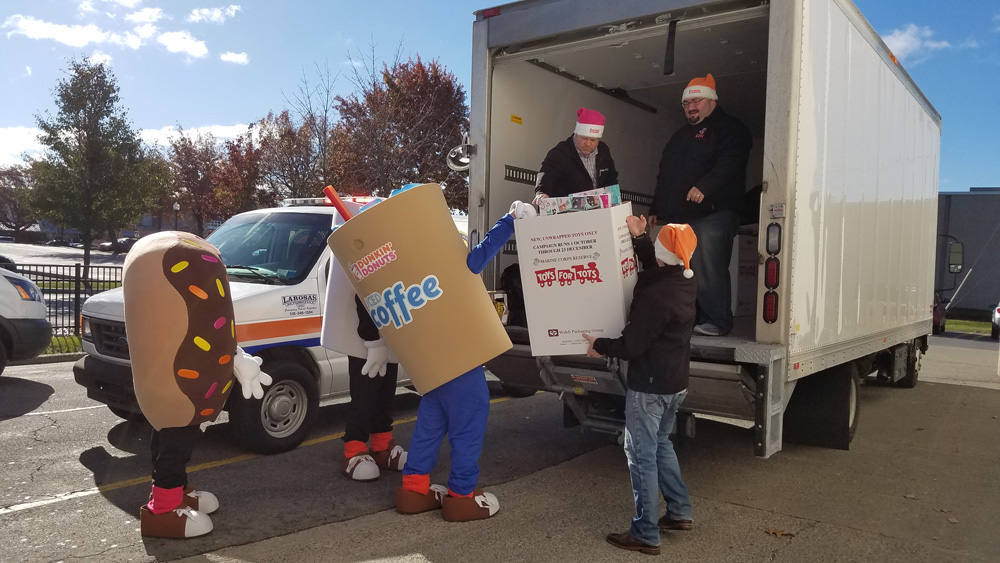 Colonie, NY; –Dunkin’ Donuts franchisees and U.S. Marines today celebrated the season of giving during a $25,000 shopping spree at Toys “R” Us in Colonie to prepare the U.S. Marine Corps Reserve Dunkin’ Donuts Toys for Tots Train for its annual trip through New York State.

Dunkin’ Donuts’ most recent contribution marks the ninth consecutive year that Capital Region franchisees have provided support for the U.S. Marine Corps Reserve’s signature holiday campaign, bringing the grand total over that span to $260,000 in support of the Toys for Tots Train.

“We’re fortunate to have such a dedicated and committed community partner in Dunkin’ Donuts and are grateful for the support its franchisees have provided to keep our holiday train on track for the ninth year in a row,” said Marine Gunnery Sgt. (Ret) Albert Roman, local coordinator of the Capital Region Toys for Tots campaign. “Their generosity will bring new toys to thousands of children throughout New York. Dunkin’ Donuts’ support exemplifies the true spirit of the season.”

The Toys for Tots collection drive is currently underway at more than 400 locations throughout the Capital Region, as well as at more than 100 Dunkin’ Donuts restaurants, which serve as drop-off points for guests wishing to donate new, unwrapped toys.

“Dunkin’ Donuts is thrilled to bring the spirit of the holidays to children in need by supporting the efforts of the Marines who spearhead the Toys for Tots campaign,” said Eric Stensland, field marketing manager for Dunkin’ Donuts. “We are honored to continue being a part of this extraordinary effort that has such a vital impact on our community.”

Dunkin’ Donuts franchisees and associates will join the Marines on board the Marine Corps Reserves’ Dunkin’ Donuts Toys for Tots Train to deliver toys directly to children and families. Thousands of toys are also delivered at each stop to local non-profit organizations, which distribute the toys to those in need in their communities. Dunkin’ Donuts will also warm up volunteers and families at each station with complimentary hot chocolate and donuts.

The Toys for Tots Foundation receives additional support from a number of companies and organizations throughout the greater Capital Region, including a $25,000 donation from Wal-Mart and a raffle sponsored by Seymours Motorized Sports for a 2017 Can Am Outlander 850xt and Triton aluminum trailer ATV.