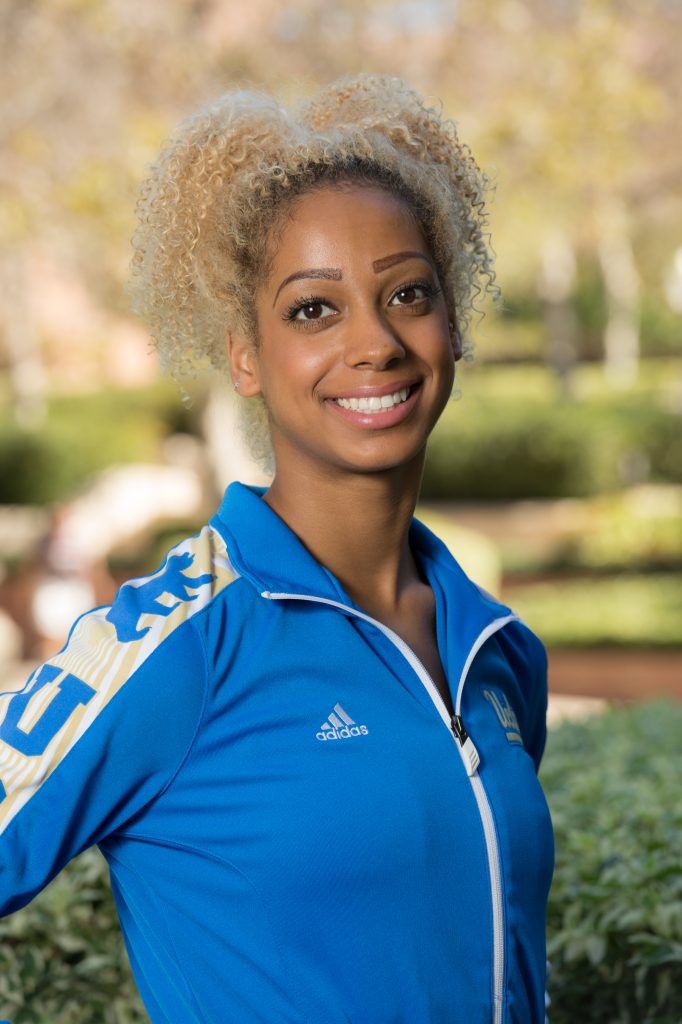 Kelley will join former UCLA star and viral sensation Katelyn Ohashi on the Team Americas gymnastics squad. The British-born Francis, who currently competes for Jamaica in international competition, will represent Team World. The additions of Kelley, Francis and other athletes to the gymnastics competition were announced today by Aurora Games Executive Producer Jerry Solomon.

The gymnastics event, presented by Dunkin’, will take place at the Times Union Center in Albany on Wednesday, August 21 at 7 p.m.

“The Aurora Games is bringing together some of today’s brightest young stars in women’s sports,” said Solomon. “Gymnasts are some of the top athletes in the world, and Katelyn, McKenna, Danusia and their teammates will amaze the Times Union Center crowd with their dynamic displays of athleticism performed under a format unique to the Aurora Games.”

Valorie Kondos Field, the longtime UCLA gymnastics coach who recently announced her retirement after nearly three decades, will oversee gymnastics as well as choreograph a group number that will conclude the evening’s competition.

“The Aurora Games gymnastics event will be a rigorous competition but also serves as a fabulous showcase that will allow fans to look into the future of the sport,” Kondos Field said. “We are creating an event that will transcend the sport and I’m really excited to be a part of this amazing competition that will highlight some of the best gymnastics talent in the world.”

Kelley, a Houston, Texas resident who graduated from Louisiana State University (LSU) in May, helped lead her alma mater to a second-place finish at the 2019 National Collegiate Athletic Association (NCAA) championships. A two-time All-American at LSU, Kelley was named to the All-Southeast Conference (SEC) team in 2017 as the SEC floor exercise champion.

At the 1984 Olympic Games in Los Angeles, her mother Mary Lou Retton became the first American woman to take home a gold medal in the individual all-around in gymnastics. Retton also won two silver medals and two bronze medals in gymnastics during the 1984 Games.

Francis competes internationally for Jamaica, where her father was born. A reserve on the 2012 Great Britain Olympic team, Francis was named All-American six times during her four-year career at UCLA and shared the NCAA balance beam championship in 2016 during her senior year. She competed this week for Jamaica at the Pan American Games in Lima, Peru, finishing seventh both in the all-around and the balance beam.

Joining Ohashi and Kelley on Team Americas for the balance beam and floor exercise events will be Alicia Boren, of Franklin Lakes, NJ. Boren capped off her four-year career at the University of Florida as co-champion in floor exercise at the 2019 NCAA championships.

During her four years at UCLA, Ohashi achieved 11 perfect 10s, earned All-American honors 10 times, and helped lead UCLA to the NCAA team championship in 2018, when she was co-national champion in floor exercise.

Video of the Seattle, WA native’s floor routine during a collegiate competition in January 2019 went viral, amassing nearly 120 million views and catapulting Ohashi to global stardom. Ohashi’s performance, which earned her a perfect 10.0 score, won her the Best Play and the Best Viral Sports Moment at the 2019 ESPY Awards. Ohashi’s appearance at the Aurora Games will be the final competition of her gymnastics career.

Coach Valorie Kondos Field ended her 29-year career after leading UCLA to a third-place finish in the 2019 NCAA championships. She finished her UCLA career with victories in 528 meets and won seven national championships, including the 2018 title. A 1987 graduate of UCLA, Kondos Field is a member of the university’s Athletics Hall of Fame.

Approximately 150 world-class athletes, including Olympic medalists and national champions from around the globe, are set to compete in the Aurora Games at the Times Union Center in downtown Albany. In addition to gymnastics, the event will feature competition in women’s tennis, basketball, figure skating, ice hockey and beach volleyball.

The athletes will compete for the Babe Didrikson Zaharias Trophy, the official trophy of the Aurora Games. Didrikson Zaharias was named the “Greatest Female Athlete of the First Half of the 20th Century” by the Associated Press for her achievements in multiple sports, including golf, basketball, baseball and track and field.

Individual session tickets for the Aurora Games are on-sale now at www.Ticketmaster.com. Tickets range in price from $15 to $129 and include access to the Aurora Games Fan Zone featuring music, athlete meet and greets, food and entertainment. Children may qualify for half-price tickets based on seating selection.