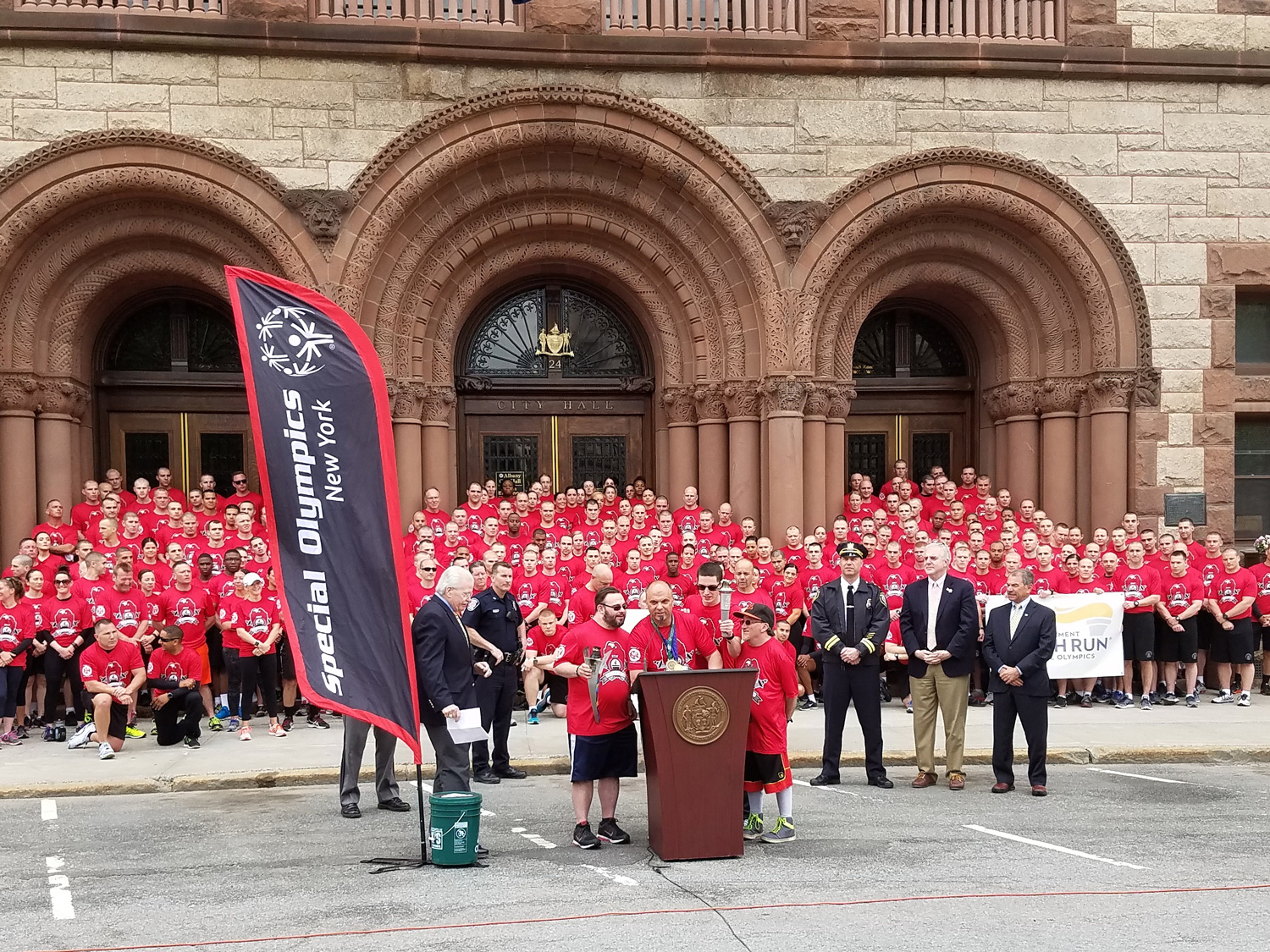 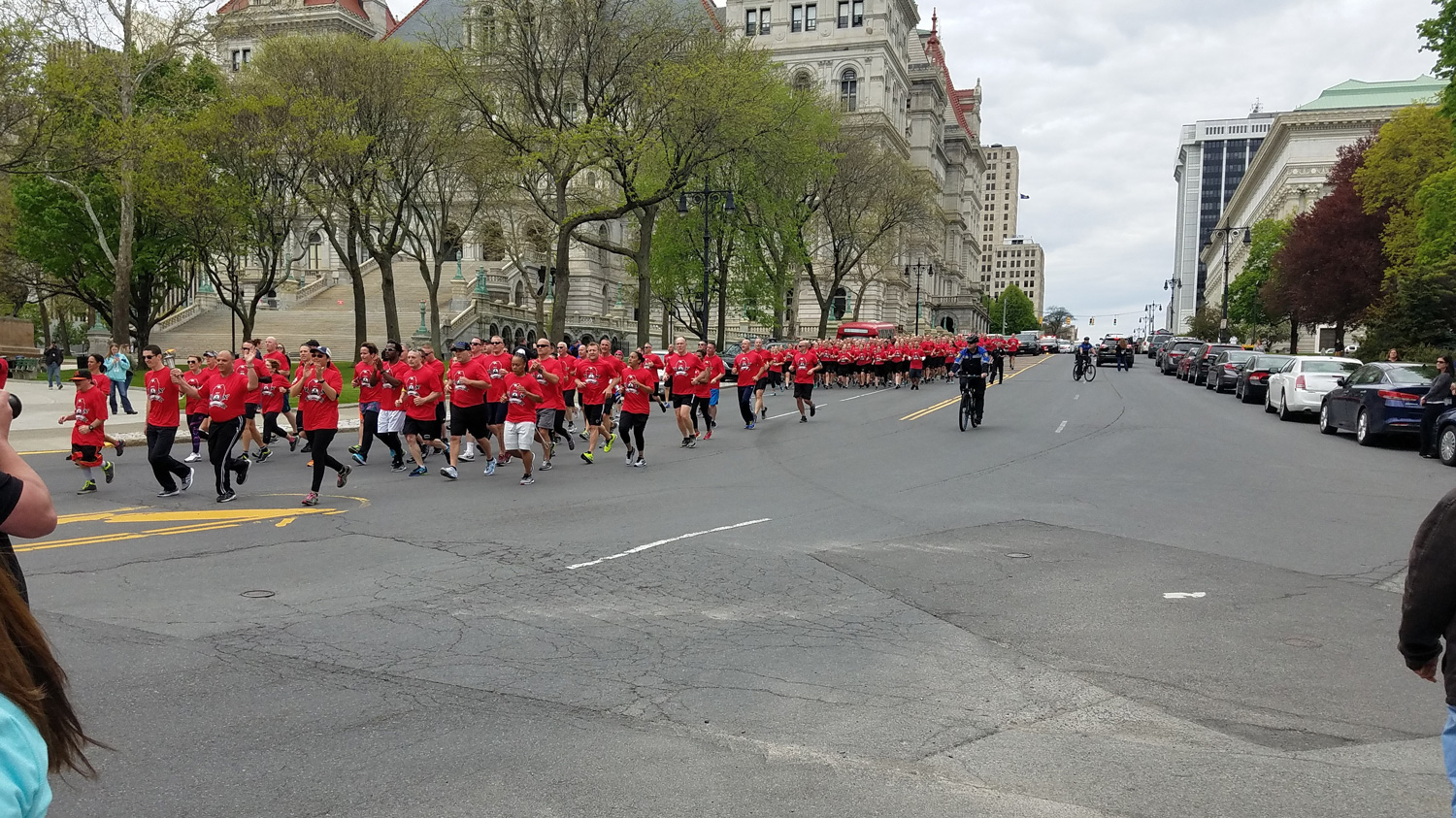 Officers participating in the event carried the Special Olympics Torch from Veterans Park in Schenectady, traveling more than 14.5 miles down Central Avenue. The torch was then passed to a second set of participants who ran from East Greenbush Town Hall, went over the Dunn Memorial Bridge, and concluded their run at Albany City Hall.

“The Law Enforcement Torch Run is a vital part of who we are through grassroots fundraising and public awareness initiatives,” said Neal Johnson, President and CEO of Special Olympics New York. “The torch symbolizes the unique bond between members of law enforcement and our athletes.”

Since its inception, more than $10 million has been raised through Law Enforcement Torch Run fundraisers, to provide training, equipment, venues, uniforms and transportation for hundreds of thousands of Special Olympics New York athletes.

“The State Police are honored to once again partner with Special Olympics New York and other law enforcement agencies,” said New York State Superintendent George P. Beach II. “Each year our members take pride in participating in a number of events, including the Torch Run, which allows our athletes to compete in the games and reach their goals. We promise to continue our commitment to these amazing athletes; they are always an inspiration to us.”

The Summer Games are the largest of two annual state games and 5,048 competitive experiences held each year throughout New York.  More than 1,500 athletes and coaches will travel to Siena College from around the state to participate in eight Olympic-style sports.

“For more than 30 years, the Law Enforcement Torch Run has helped raise awareness for the Special Olympics New York, State Summer Games,” said City of Albany Mayor Kathy Sheehan. “The City of Albany looks forward to welcoming athletes from across the state who will come together throughout the Capital Region for this year’s games. Thank you to the law enforcement officers and supporters who help make the games an annual success.”

Siena College will serve as the main host and competition site for the events, with support from Hudson Valley Community College, University at Albany, The Sage Colleges, World Class Gymnastics, Latham, and Spare Time Bowling Alley.

The Summer Games are one of two annual state games and one of more than 5,000 total competitive experiences held each year throughout New York. All events are free and open to the public.